Einride’s T-pod—a cab-less, autonomous electric truck (earlier post)—has driven on a public road. The world premiere and inaugural run took place at DB Schenker’s facility in Jönköping, Sweden. The T-pod will transport goods between a warehouse and terminal at the facility, as part of a commercial flow.

Einride’s T-pod has no driver’s cab, enabling a smaller vehicle, increased loading capacity, greater flexibility, lower production costs, lower operating costs and optimized energy consumption, allowing the T-pod to run solely on batteries. It is self-driving but is supervised and can be remote controlled by a human operator. 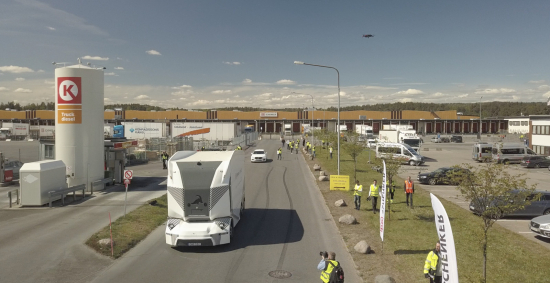 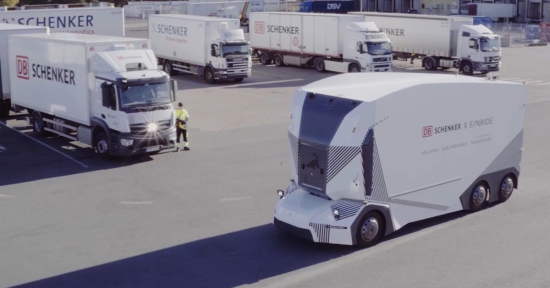 On 7 March the Swedish Transport Agency concluded that the T-pod is able to operate in accordance with Swedish traffic regulations. On 11 March, the agency approved Einride’s application to expand the pilot to a public road. The permit applies to a public road within an industrial area: between a warehouse and a terminal. The permit is valid until 31 December 2020.

Einride and DB Schenker entered into a commercial agreement in April 2018 that includes the pilot in Jönköping and an option for additional pilots internationally.

They look a bit like the autonomous trucks in Logan (only a bit pointier).