Engine and vehicle technologies have been developed to improve the fuel economies of cars and light trucks, so the share of vehicles with 30 mpg or more has been increasing since 2013. 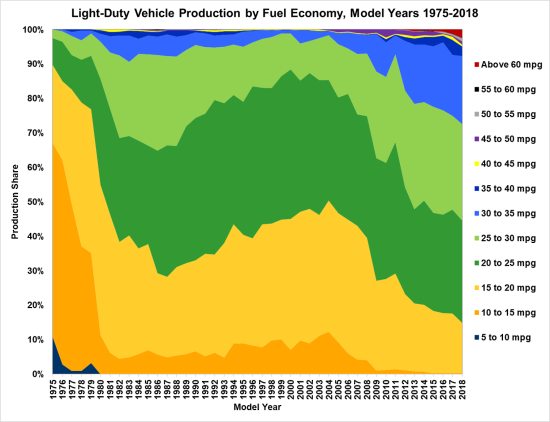 What was the consumption for the other 73% of the new LDVs.

The graph shows the distribution.