The third generation of the BMW 1 Series—to be unveiled to the public in June and to make its show premiere at IAA in Frankfurt in September— showcases the debut appearance of BMW’s advanced new front-wheel-drive architecture. 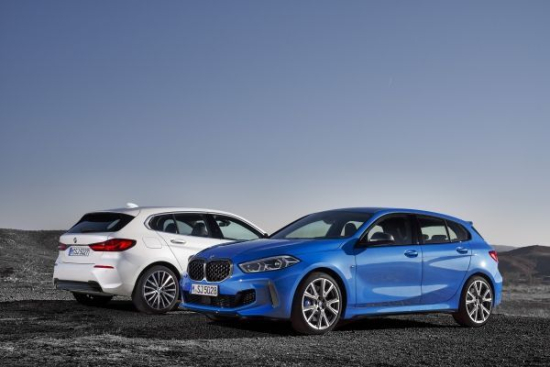 Benchmark driving dynamics for the segment and a far more spacious interior are the result. A five-year process of development has seen all the experience amassed over recent years with front-wheel-drive BMW Group models come together with a transfer of technology from BMW i to the BMW core brand.

Whether front-wheel-drive or equipped with BMW xDrive intelligent all-wheel drive, the new 1 Series has taken its agility to a level above its predecessor. Its fast and precise responses are clearly perceptible and serve to enhance the driving experience.

An important factor here is the ARB (actuator contiguous wheel slip limitation) technology familiar from the BMW i3s electric vehicle, which is now making its debut in a combustion-engined vehicle and allows wheel slip to be controlled much more sensitively and swiftly than before.

A standard feature of the BMW 1 Series, ARB uses a slip controller that is positioned directly in the engine control unit rather than in the control unit for the DSC (Dynamic Stability Control) system.

Eliminating the long signal paths means that information is relayed three times quicker, while the driver perceives wheel slip being brought under control up to ten times faster.

Actuator contiguous wheel slip limitation works in close tandem with the DSC system to bring about a clear reduction in the power understeer normally experienced in front-wheel-drive cars.

The ARB technology is assisted in its task by BMW Performance Control (yaw moment distribution). This feature, also included as standard on the 1 Series, gives it more agile handling by applying the brakes as required at the wheels on the inside of the bend before the slip threshold has been reached. The result is neutral steering behavior.

Besides the standard suspension—which already has a dynamic set-up and is specially tuned to the different engine variants—and the M Sport suspension with a 10 mm reduction in ride height, the all-new BMW 1 Series can also be specified with the Adaptive suspension with VDC (Variable Damper Control) as an option. This particular variant lets the driver choose from two different damper response settings—Comfort or Sport—using the Driving Experience Control switch. All new BMW 1 Series models from the entry-level engine upwards are equipped with a multi-link rear axle.

Customers can order their new BMW 1 Series with a choice of three- and four-cylinder engines from the latest-generation BMW EfficientDynamics family. A number of detail improvements give them better fuel economy, lower emissions and, in some cases, more power than before. Three diesel engines and two gasoline units are available, developing from 85 kW (116 hp) in the BMW 116d (fuel consumption combined: 4.2 – 3.8 l/100 km; CO2 emissions combined: 110 – 100 g/km) to 225 kW (306 hp) in the BMW M135i xDrive. The new engine powering the latter model is the most powerful four-cylinder unit in the BMW Group line-up.

All the engines available for the BMW 1 Series meet the strict Euro 6d-TEMP emissions standard, while the BMW 116d is already Euro 6d-compliant. The gasoline engines are equipped with a gasoline particulate filter and the diesels with a diesel particulate filter, NOx adsorption catalyst and SCR (Selective Catalytic Reduction) technology.