Fresh off breaking the lap record for electric vehicles on the Nürburgring-Nordschleife (earlier post) the Volkswagen ID.R is set to defend its title at the “Goodwood Festival of Speed” (4 to 7 July). 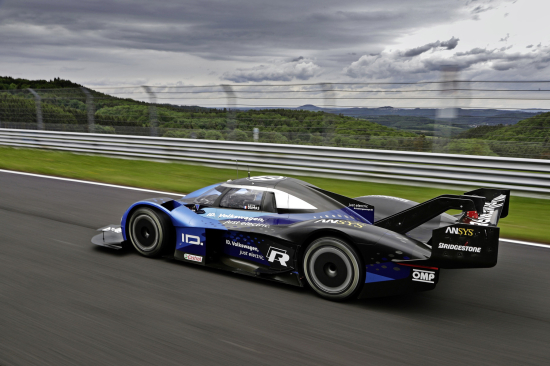 Last year, Romain Dumas, at the wheel of the fully-electric race car, set a new record for electric vehicles at the prestigious race in the south of England. The Frenchman completed the 1.86-kilometer route of the Goodwood Hillclimb in 43.86 seconds—the fastest time for 15 years.

Last year, we lined up in Goodwood just three weeks after the record-breaking run on Pikes Peak and used the same technical configuration as we did at the hill climb. This year, we will field an ID.R that has been prepared specifically for Goodwood.

The engineers’ focus is on a drive configuration designed specifically for the short route.

We have developed another evolutionary stage of the ID.R—a sprint version with smaller batteries, in order to further reduce weight. We have also opted for a far more aggressive energy management strategy for the short distance. You need very high output for a very short time for the sprint in Goodwood.