Higher average oil prices in 2018 pushed up the value of global fossil fuel consumption subsidies back up toward levels last seen in 2014, underscoring the incomplete nature of the pricing reforms undertaken in recent years, according to new data from the IEA. 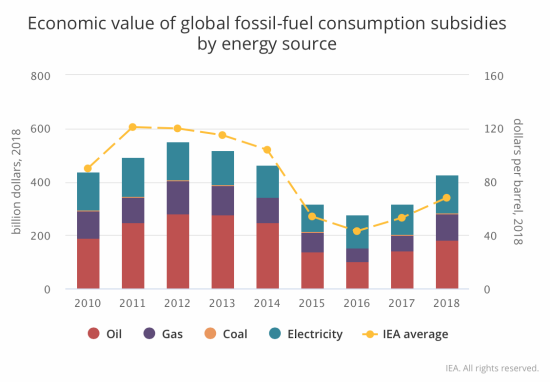 The 2018 data sees oil return as the most heavily subsidized energy carrier, expanding its share in the total to more than 40%. In 2016, electricity briefly became the sector with the largest subsidy bill.