At the 2019 IAA Frankfurt in September, Tenneco’sPowertrain division will present its award-winning PRiME 3D simulation software which has been shown to cut development time for engine cylinder components by up to 70%. In an industry first, the software tool enables the generation of a physically realistic virtual model of the power cylinder unit in a running combustion engine during the design process, allowing emissions and fuel consumption reductions to be achieved through the early optimization of piston and piston ring design. 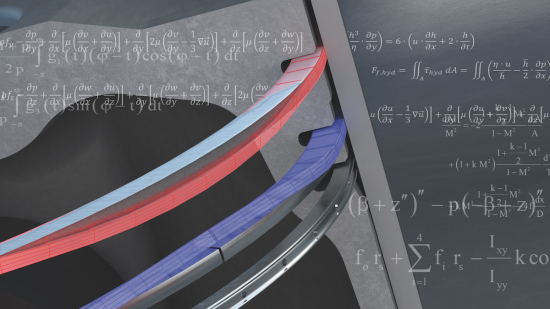 PRiME 3D enables the optimization of piston and piston ring performance with an accuracy level close to 95%. It has already supported engine manufacturers in more than 450 projects to achieve emissions targets on relevant driving cycles such as WLTP.

Successfully completed developments have shown reductions of up to 70% in blow-by; up to 20% in friction; up to 40% in oil consumption; and up to 70% in particulate emissions.

PRiME 3D combines accurate simulation of both gas flow physics and physical behavior of the power cylinder unit to provide a clear vision of the effects of potential design changes. It solves the physics of compressible fluid flow through the clearances of the piston and the closed gap of the piston ring under conditions of subsonic gas flow in real engine operating conditions.

The detailed calculation of gas flow and its pressure gradients is fundamental in predicting the reactions and behavior of a real running combustion engine. PRiME 3D has the capability to determine pressure gradients, heat exchange and gas velocity in the flow channels. This is important, as the magnitude of the gas pressure contributes directly to the reaction forces, twisting and arching of the piston rings.

This allows accurate and immediate assessment of the effects of design changes on emissions and fuel consumption without requiring multiple iterations of physical prototypes. It is particularly valuable in helping customers gain early confidence that new designs will produce optimum results under test conditions of relevant driving cycles, not just at maximum power and torque.

To enhance customer interaction, PRiME 3D has been developed as a web-based server solution, providing users with secure worldwide access to their developments and improving communication between different locations.