Moltex, a UK- and Canada-based start-up developing stable molten salt reactor technologies, reported that it has already passed its initial £4-million (US$5.05 million) target for a crowd-funding raise. The raise is now up above £4.2 million (US$5.3 million) and rising, and is boosted by a £2.5-million (US$3.16 million) corporate investment from Nuclear Energy Consultancy firm, IDOM.

Moltex said that it will over-fund this current round to some extent though it is likely to close soon. The company believes that further developments, including the potential award of government grants in the UK and more licensing progress in Canada, will support a higher valuation in a future funding round.

MSRs are designed to use less fuel and produce shorter-lived radioactive waste than other reactor types. They have the potential to advance the safety posture and economics of nuclear energy production by processing fuel online, removing waste products and adding fresh fuel without lengthy refueling outages. 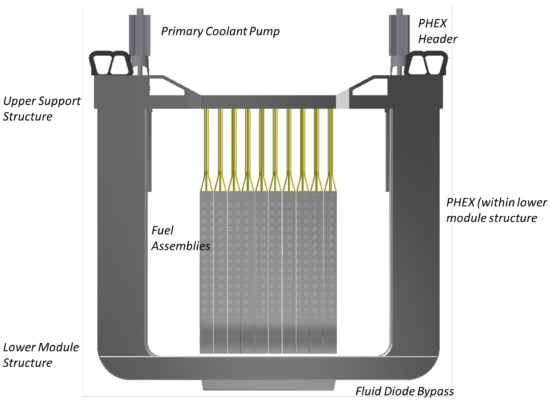 Could various size, transportable, safer, lower cost, molten salt reactors be the next step for the nuclear (fission) power industry?

Could current (large and costly) new $15B NPPs be replaced with much smaller mass produced transportable units?