Hyundai Motor Group has developed the first Continuously Variable Valve Duration (CVVD) technology to feature in future Hyundai and Kia vehicles. The innovation was revealed at Hyundai Motorstudio Goyang on Wednesday alongside the Smartstream G1.6 T-GDi—the first engine to feature the technology.

Internal combustion engine’s performance and efficiency are currently governed by variable valve control technology that adjusts the timing of valve opening and closing and depth of the valve’s opening, with engine power produced through the fuel intake-compression-expansion-exhaustion cycle.

Previous variable valve control technologies could not regulate valve duration, as the valve’s closing timing was subordinate to opening timing and could not respond to diverse driving situations. CVVD takes the technology in a new direction by adjusting how long a valve is open.

When the vehicle is maintaining a constant speed and requires low engine output, CVVD opens the intake valve from the middle to end of the compression stroke. This helps to improve fuel efficiency by reducing the resistance caused by compression.

On the other hand, when engine output is high, such as when the car is driving at a high speed, the intake valve is closed at the beginning of the compression stroke to maximize the amount of air used for the explosion, enhancing torque to improve acceleration. 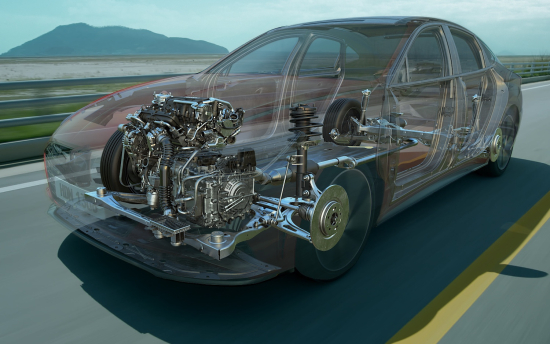 The exhaust gas recirculation system returns some of the gas burnt by the engine to the combustion chamber, producing a cooling effect and reducing the emission of nitrogen oxides. The G1.6 T-GDi also features a low-pressure system that redirects the burnt emission gas to the front of the turbocharger compressor, rather than the intake system, to increase efficiency under the high load condition.

Additionally, the new unit has an Integrated Thermal Management System that quickly heats or cools the engine to an optimal temperature, and a strong direct spray system that achieves 350 bar, surpassing the 250 bar of the previous T-GDi engine. In addition, engine friction is reduced by 34% with the application of low friction moving parts.

The new Smartstream G1.6 T-GDi engine will be applied in the Hyundai Sonata Turbo, which is set for introduction in the second-half of this year. This premiere will mark the first in a series of new Hyundai and Kia vehicles featuring the engine.

I was about to say that this is quite similar to something (Valvetronic) that BMW has had for over 15 years but a quick check with Wikipedia tells me that it was first introduced already in 2001. I am not saying that this is worse or better than Valvetronic; I just conclude that the gain is approximately similar. There are also some cam switching solutions with lower cost and complexity but with smaller gains. Over the years, I have always wondered why fully variable valve timing, or so-called free valves has not gained more attention. Presumably, BMW has had a strong patent but this should have expired or will expire shortly.

If you broaden the view somewhat, you realize that a feature like this could also be used on diesel engines. To my knowledge, cam shifting is being used on some diesel engines in production today but no one has yet introduced fully variable valvetrain on a diesel engine. You could argue that there is not much gain by reducing pumping losses in a diesel engine, which normally do not need throttling for power control as a gasoline engine but you could get a better combination of internal and external EGR and thereby gain FC. To simplify, it sometimes "costs" to increase external (short-route) EGR flow, since this requires intake throttling or, e.g., necessitates a non-optimal setting of the variable nozzle turbine. This eventually manifests itself in increased pumping losses. By optimizing internal and external EGR you also gain better control of the in-cylinder temperature. You probably only need long-route EGR, with associated simplifications and offset of the cost penalty by more complicated valvetrain. Moreover, you could increase the exhaust temperature and temperatures in the aftertreatment system without FC penalty, with a most welcome reduction of exhaust emissions as a side effect. There are some research papers that show potential benefits here but, as in the gasoline case, adoption of the technology seems slow.

This system is more like what Audi released in 2008, AVS system in term of functionality, and pretty much in line with in term of performance gain and fuel economy as compared to what Audi introduced in '08. For turbocharged you can also add that system on exhaust, that can help reduce turbo lag and low end torque. Valvetronic would get you around 10% fuel economy and has more degree of freedom with the variable lift, and should be pricier for the manufacturer. Cost benefit of full variable valve train are getting trickier, as engine are getting downsized, and getting less pumping losses for gasoline engine.

Sure, but fully solenoid-controlled has considerable parasitic loss associated with moving the valves themselves. Opening the valve using a camshaft against a spring allows at least some of the energy that it took to open the valve to be returned back to the camshaft. Once you have fired a solenoid to open the valve, that energy is lost and can't be recovered. Sure, it's only a little bit of energy to open each valve, but multiply that by number of valves and how fast the engine is spinning, and it adds up to a big electrical demand and a big parasitic loss. Thus far, it hasn't seen production.

There are several ways of being "almost as good" in terms of valve motion while being "nowhere near as bad" in terms of parasitic loss:
- BMW Valvetronic (in production, fully mechanical, cams acting against springs, the duration is related to the lift and can't be adjusted separately)
- Fiat MultiAir (in production, electrohydraulic but with the hydraulic pressure coming from cam lobes, some but not all of the mechanical energy used to open the valve is returned)
- Koenigsegg (sp?) FreeValve - electropneumatic, this seems to have been proven to a pre-production state but I don't think it has seen production yet.
- This system - which appears to be mechanical, somehow changing the motion profile of the camshaft. If it works the way I think it does, there may be restrictions on the number of cylinders per bank.
- Honda VTEC and several variations of it, which have two discrete cam profiles to choose from. This might be a situation that has 20% of the complexity for 80% of the benefit.