Groupe PSA and VINCI Autoroutes have tested new autonomous vehicle features in Saint-Arnoult-en-Yvelines (France), following on from the trial carried out in July 2017, which led to the crossing of a tollgate in full autonomous mode for the first time. (Earlier post.) 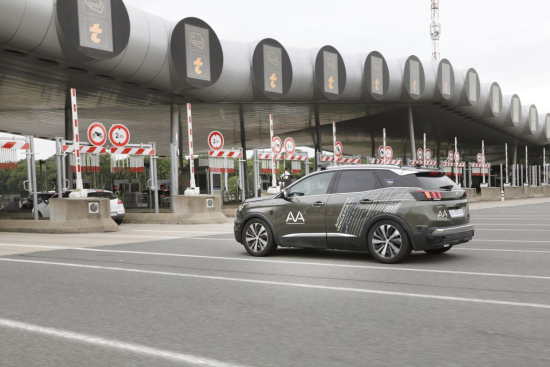 The partners assessed a vehicle’s ability to drive autonomously at cruising speed and to pass through a tollgate in autonomous mode. Two new complex driving situations were also tested in real traffic conditions on the VINCI Autoroutes network:

These trials were carried out on the A10 and A11 motorways between Dourdan and Ablis using a Groupe PSA Peugeot 3008 prototype, which is part of the autonomous vehicle fleet for the AVA “Autonomous Vehicle for All” program.

The driving situations tested in this new phase of the common program require more sophisticated communication between the autonomous vehicle and road infrastructure. The goal is to improve the vehicle’s ability to adapt its driving in exceptional or complex situations.

This operation is part of a collaboration between the two partners, which began in 2016. The results of these trials will feed into the standardization work that will be carried out in various collaborative projects such as C-Roads or the SAM Project, to which both groups contribute.