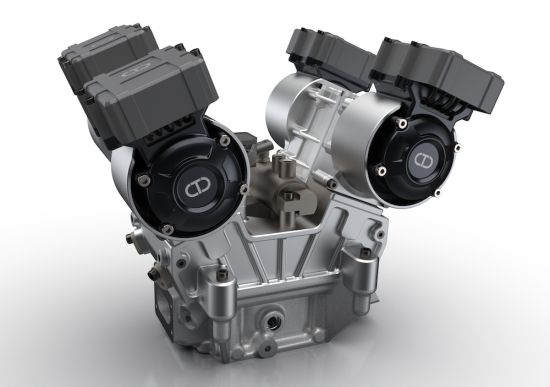 Brunel’s Center for Advanced Powertrain and Fuels (CAPF) plans to use SCI to further investigate the potential and control that digital valves provide.

Based on iVT—which replaces the traditional camshaft on a gasoline engine with a set of digitally controlled electric actuators, thereby reducing emissions and improving driveability—Single Cylinder iVT (SCI) is the next-generation of single-cylinder development systems, bringing real-time digital control and flexibility to the gas exchange process.

SCI Systems use four independent iVT actuators (one per valve). Each iVT rotary actuator is under full-time, fast feedback control permitting the generation of any valve timing, period or lift required at the touch of a button. Both conventional and unconventional event profiles can be achieved. The conventional camshafts are completely eliminated and valve position can be monitored throughout the event using a specialized sensor.

Compatible with most single-cylinder combustion development engines, SCI is designed to plug-and-play straight out of the box. A bespoke adapter plate is designed to provide the mechanical interface between a client’s single cylinder engine and the SCI mechanism.

It operates on both inlet and exhaust valves, offering endless development opportunities, including allowing researchers to focus on crucial combustion and after-treatment strategies, key to reducing emissions and improving fuel consumption. 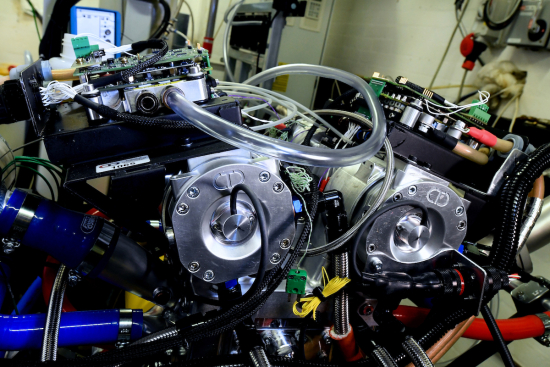 iVT completely eliminates the conventional camshaft and for researchers, significantly reduces time needed to do a series of experiments – and improves the consistency of the results. Any valve event profile can be achieved and valve position can be monitored throughout the event using a bespoke sensor. It can mimic any valvetrain, enable on-the-fly cam changes and innovative combustion strategies. It represents an exciting opportunity for researchers, providing a significant new line of inquiry with industry-transforming implications. We will continue working closely with Professor Zhao and the CAPF team, eagerly anticipating the results of their research projects.

SCI enables event-shaping, allowing the maximum opening point of the valve to be skewed within the event. It also facilitates multiple events within one cycle, allowing extra exhaust events for Homogeneous-Charge Compression Ignition (HCCI) or Controlled Auto-Ignition (CAI) combustion studies.

SCI provides each valve with a virtual camshaft of its own that can be changed from one firing stroke to the next, rather than needing an engine strip and rebuild.

It is this feature that saves so much time—and improves accuracy by allowing ‘a-b-c-b-a-c’ type testing to be conducted consecutively in the same run without stopping the engine and therefore under the same running conditions and with no engine stripping to disturb frictional effects.

The system has built in fail-safes and automatic protection against any events that might produce valve clash. A single cylinder engine using this equipment can either reduce the time taken to gather a set of combustion data covering a given set of valve event options or permit hugely more complete data sets to be gathered in the same development time.

In practice, significantly larger data sets will be gathered, allowing more detailed response surfaces to be determined in a fraction of the time a conventional single cylinder development programme would take. What’s more the system is compact, quiet and, apart from the actuators fitted to the cylinder head assembly and a dedicated absolute crank position sensor, requires only a power supply plus a laptop with a custom interface to control the system. The entire system, including valve position instrumentation and power supply, can be provided ready to interface with a customer’s data acquisition equipment.

Under development for the last seven years, Camcon Automotive’s iVT system has completed more than 1,000 hours on a dynamometer and a demonstrator vehicle has been built. Jaguar Land Rover has been an R&D partner throughout the project. iVT has been designed for ease of manufacture and affordability.

7 years development - better get their skates on.
OK, it is research engine. lets hope it turns out a range extender as part of its work.
IMO, a medium battery size EV and a range extender should be a really good system, most of the time on battery, but no need to worry about range - like a PHEV, but simpler to produce.

In a way, this reminds me of steam engine development in the late 1940s or maybe piston engine aircraft in the same time frame. They were making impressive developments but the race had already been lost.