The technology group Wärtsilä’s hybrid power module solution, the Wärtsilä HY, is now fully operational on the Vilja, an escort tug owned by the Swedish port of Luleå. The tug was built at Gondan Shipbuilders in Asturias, Spain and was delivered in the end of June 2019 following successful completion of the commissioning and sea trials. 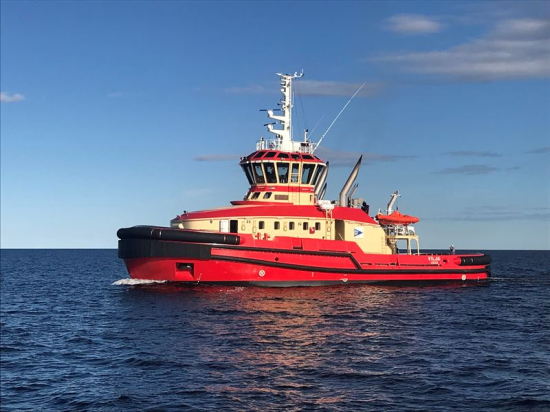 The Vilja, an escort tug operated by the Port of Luleå in Sweden, is the first vessel of its kind operating with the Wärtsilä HY hybrid power module. Copyright: Port of Luleå.

The Wärtsilä HY is a fully integrated hybrid power module combining engines, an energy storage system, and power electronics optimized to work together through a newly developed energy management system. It is the marine sector’s first hybrid power module of this type produced. 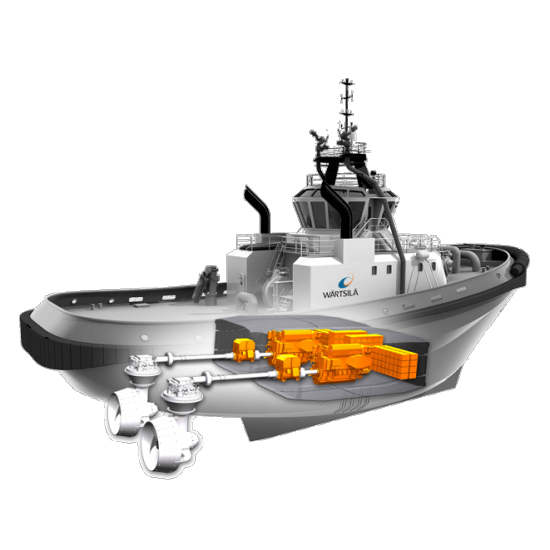 The solution has been specially developed to meet the specific needs of the tug market. It features operating characteristics that include ‘green mode’, with zero emissions and no noise, a ‘power boost’ that delivers a higher bollard pull than any other conventional solution of comparable size, and ‘smokeless operation’ whereby no smoke is produced even during start-up of the main engines. These features have all been successfully tested and demonstrated.

The Energy Management System (EMS) has been specifically tuned based on actual data acquired during one year of field operations. Its functionalities have been fully tested at the Wärtsilä Hybrid Center.

The EMS is designed to efficiently cope with drastically changing operating conditions. In Luleå, the vessel will alternate between normal summer time operations, and working in one-meter-thick ice during the winter months. Having an adapting EMS ensures the tug’s ability to maintain the highest efficiency performance in both situations.

This vessel is the most powerful tug operating with hybrid propulsion and it can be considered as creating a benchmark in the new era of modern shipping. The implementation of the Wärtsilä HY and the process followed for reaching this milestone, represents a practical application of Wärtsilä’s Data Driven Design principles, and it effectively transforms our Smart Marine vision into practice.

The Wärtsilä HY for Tug solution enables significant benefits in terms of environmental performance, and a significant reduction in fuel and maintenance costs. During trials, the icebreaking tug achieved a 100-tonne bollard pull, while producing approximately 20 percent fewer emissions than a comparable conventional vessel.

It claims "It is the marine sector’s first hybrid power module of this type produced."

I'm thinking that German U boats were hybrids, and they were designed and used in World War I.

Go in and out of dock on quiet electric, nice.