Volkswagen wagons in US fall to SUV surge

Volkswagen of America announced today that the Volkswagen Golf Alltrack and Golf SportWagen will end production with the 2019 model year. Volkswagen will continue building the Alltrack at the Puebla, Mexico plant through December 2019 to provide enthusiasts additional opportunity to own an affordable, European-designed wagon. 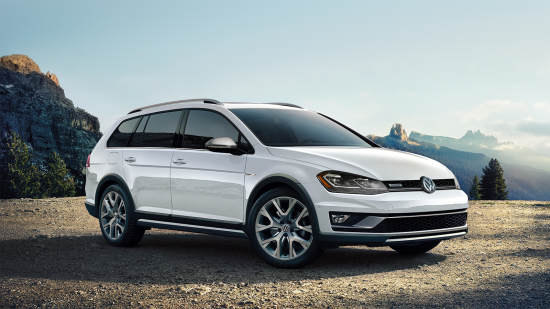 Over the past several years, demand among American consumers has shifted from wagons to SUVs. Through the first half of 2019, SUVs account for 47% of the industry sales, and more than 50% of Volkswagen sales. Due to strong sales of the Atlas and Tiguan, Volkswagen has had the highest year-over-year percentage growth among mainstream automotive brands in the first six months of 2019.

Volkswagen plans to release three new SUV models in the next 24 months. The five-seater Atlas Cross Sport will be unveiled later this year, and the ID. CROZZ electric SUV debuts early next year. Last week, Volkswagen announced a new smaller SUV model expected to arrive in 2021 that will slot beneath the Tiguan.

SUVs have definitely assumed the mantle of family haulers from the station wagons and minivans we remember from our childhoods. But as we look towards the future, both our expanded SUV lineup and the upcoming ID. family of electric vehicles will bring the opportunity to combine the style and space people want in a variety of ways. As the ID. BUZZ concept demonstrates, the flexibility of our EV platform gives us the ability to revive body styles of the past, so anything is possible.