Rheinmetall is systematically expanding its automotive product portfolio in the direction of new driveline systems. In addition to products for electric vehicles, current development efforts include components for alternative powertrains, such as the fuel cell.

Within this context, Rheinmetall Automotive is developing a recirculation fan for hydrogen not yet consumed within the fuel cell stacks; special coolant pumps for 400V and 800V; and electric valves.

Through its subsidiary Pierburg, Rheinmetall Automotive has now won an order from a well-known German vehicle manufacturer. Pierburg is supplying the electric cathode valves that will in future be used in fuel-cell vehicles built by this premium manufacturer. 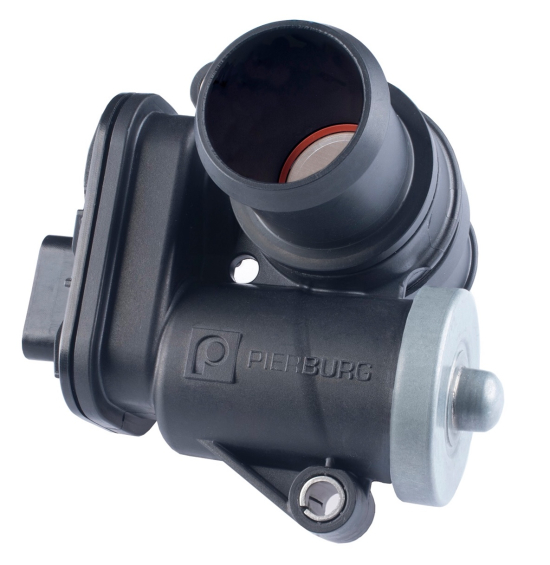 This innovative generation of electric flap systems was developed at the Pierburg site in Berlin and will be used to control the fresh and exhaust air mass flows as well as for the extremely tight shut-off of the fuel cell stacks. Production of the vehicles is scheduled to start in 2022.

In this project, Pierburg is able to benefit from its many years of experience as a developer and manufacturer of throttle and control valves, especially since its first fuel-cell cathode valves were developed several years ago.

In view of the meanwhile broad capacity range of fuel-cell stacks and the resulting air mass requirements, cathode valves with a diameter of up to 57 millimeters were developed in addition to a very compact and light all-plastic valve with a weight of only 300 grams and a bore diameter of 25 millimeters.

The cathode valves can thus provide air volumes of up to 750 kg/hour and absolute charging pressures of up to 400 kPa.

The materials specially selected and combined for this application guarantee the necessary resistance to hydrogen as well as high-purity water.

The new cathode valve contains an electric-motor drive with plenty of reserve power. On the water-enriched exhaust-air side of the cathode, it offers the necessary operational reliability so that no functional impairments can occur even under frost conditions.

For use as a stack isolation valve, a number of features have been developed especially with regard to micro leakage, including the use of a high-stability elastomer for such sealing purposes.