The data in the table below show that the largest relative changes from 1990 to 2017 in greenhouse gas emissions by economic sector occurred in industry (a decrease from 36.3% to 29.9% of total emissions) and transportation (an increase from 24.1% to 29.2%). (Total emissions exclude emissions from U.S. territories.) 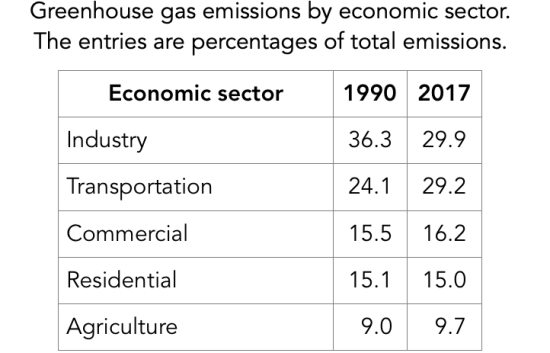 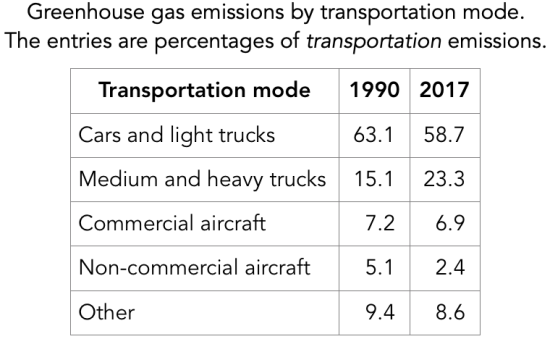 The final table shows emissions by transportation mode as a percentage of total emission. The largest relative changes were an increase in emissions for medium and heavy trucks (from 3.6% to 6.8%), an increase for cars and light trucks (from 15.2% to 17.1%), and a decrease for non-commercial aircraft from (1.2% to 0.7%). 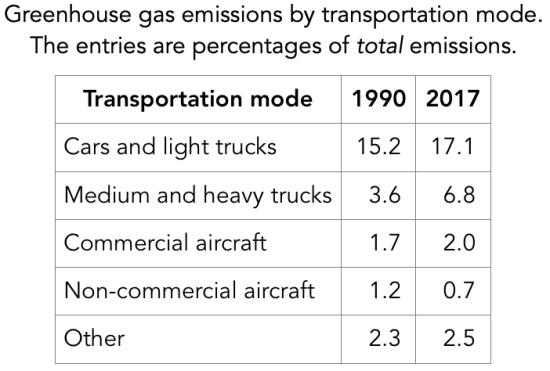 Interesting that heavy trucks have risen so much while the regulated cars and trucks have dropped almost the same amount.

We focused on mileage to reduce pollution and imported oil,
but forget about the semis and delivery trucks.

Interestingly, you have a category called "Other" which represents 2.5 % of total emissions, yet is not otherwise worthy of mention.

Contrast that with the topic of beef. In the US, cows emit less than 2% of total GHG-eq emissions, yet most people believe they are the cause of the apocalypse.

What is "Other", btw? Tractors, forklifts, construction machinery?