Fleet drivers in Northern and Central California can now fuel up at multiple commercial fueling sites with high-performance, low-carbon Neste MY Renewable Diesel with the recent opening of three new locations. The new cardlock stations join the first location in San Leandro, California, which opened in March 2019. 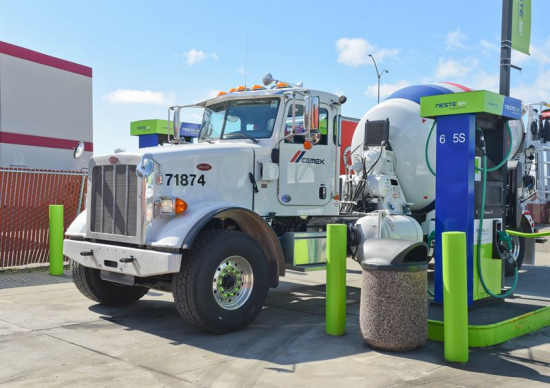 Made by the world’s largest producer of renewable diesel fuel, Neste MY Renewable Diesel is produced from 100% renewable and sustainable raw materials that cut greenhouse gas emissions by up to 80%, compared to fossil diesel.

To date, the four cardlock locations offering Neste MY Renewable Diesel have helped customers to reduce their greenhouse gas emissions by at least 79,000 metric tons. This figure equals the removal of more than 16,000 passenger cars from the roads for a full year.

Neste MY Renewable Diesel is available to public and private fleets in California through authorized distributors.

Good for truckers and everyone.

No mention of cost; "if you have to ask, you can't afford it."

HPR is about the same price as fossil diesel.