Crushing and grinding rocks into smaller pieces (comminution) is the most energy-consuming activity in a mining operation. This project will test technology to replace conventional crushers and lower emissions, while reducing energy consumption and costs.

As the two rings rotate in unison, they produce impact on rock much like the blacksmith’s anvil and hammer produces impact on horseshoes. 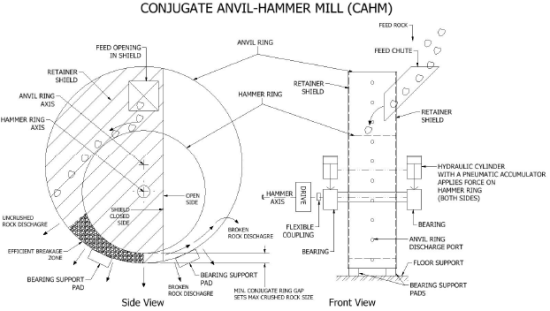 Rocks inserted in a gap atop the Hammer ring and inside the Anvil ring will rotate, fall, or be carried into a diminishing gap. Comminution takes place in the closing gap within the synchronized concurrent rotations of the two rings.

Pressure is applied to the ore by the Hammer via hydraulic pneumatic pistons, acting on the hammer shaft similar to how HPGR applies pressure to a bed of particles via the hydraulic-pneumatic system. Ore can be fed from one or both sides. Retainer shields are fitted at the open ends to contain the feed within the compression zone. 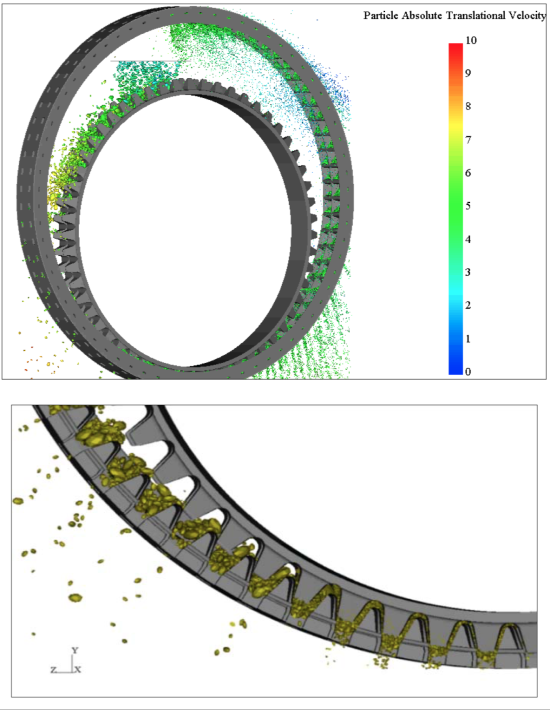 The project will consist of designing and testing a prototype-scale CAHM comminution circuit that will reduce energy consumption by up to 50% compared to the latest technology, High Pressure Grinding Rolls (HPGR).

Mining consumes 3-6% of the world’s electricity. The new CAHM technology will reduce a key production cost for Canadian mining operations and significantly impact the design, start up and infrastructure economics of new mining operations in remote areas where power is not readily available.

Such significant savings of operating cost have the potential to transition mineral development projects from non-viable to viable. The net result would be new mine projects, jobs and capacity development in Canada’s north. In addition, it is estimated that this technology could reduce the complexity and associated capital cost of a new mining project by 20%-30%.

This project is funded through Natural Resources Canada’s Clean Growth Program, which invests in clean technology research and development projects in Canada’s energy, mining and forest sectors. The program is a $155-million investment fund that helps emerging clean technologies further reduce their impacts on air, land and water, while enhancing competitiveness and creating jobs.