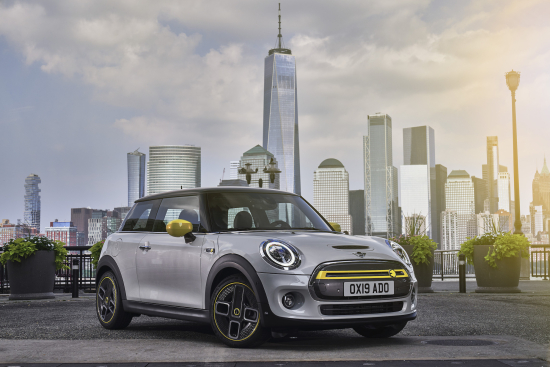 The energy required to propel the car with such vivacity is sourced from a latest-generation lithium-ion battery enabling a range of 235 to 270 kilometers (146 – 168 miles). Bespoke suspension tuning and an extremely low center of gravity (resulting from the high-voltage battery’s positioning in the vehicle floor) imbue the new MINI Cooper SE with tremendous handling agility and cornering dynamics. The battery’s location has the additional benefit of ensuring exactly the same amount of space is available for occupants and luggage as in a MINI 3-door Hatch with a combustion engine.

The brand’s first all-electric model will be built in the UK at MINI Plant Oxford, with production due to start in November 2019. Its drive technology has been engineered at the BMW Group’s centers of excellence for electric mobility in Dingolfing and Landshut.

Positioned under the rear seat unit to save space, the lithium-ion battery can be fully recharged in about five hours from a standard domestic socket or in around 3h 15 min when plugged into a wallbox. 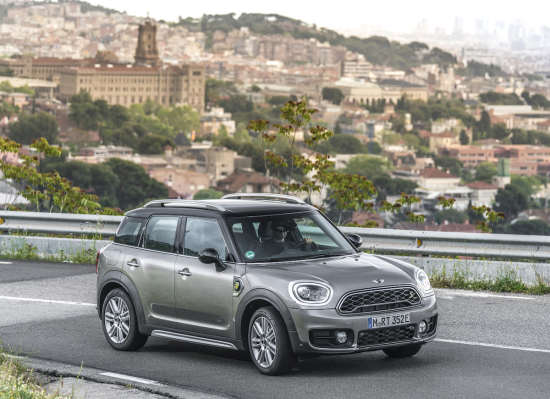 The hybrid system aboard the new MINI Cooper S E Countryman ALL4 comprises a three-cylinder gasoline engine and an electric motor, generating combined system output of 165 kW/224 hp. A hybrid-specific all-wheel-drive system channels power to the front and rear wheels as required by the situation at hand.

I dont get why they made the EV 3 door hatchback. That body design is almost getting extinct in the Netherlands, eventhough it looks better than a 5 door hatcback, practicality will have you choose the 5 door. Almost seems like deliberate to not sell many? I dont like to think those conspiracies are real, but this just seems unwise. If the price is right though, I might consider this as a private lease.

@ASS, possibly because the original mini was a 2 door mini saloon, then the "new mini" was a 3 door hatch to keep with the image of the first one.

What annoys me is that they claim that a car that does 16.8 – 14.8 kWh/100 km has zero emissions. It doesn't, as you have to include the CO2 generated when generating the electricity.
This may be very low if you are in France or Sweden, or very high if you are in Poland (where they use a lot of coal to generate power), but it certainly isn't zero.
The EU should calculate an EU wide co2/kwh figure and get companies to quote that.
At the very least, they could calculate a figure per country (and update it yearly) and quote that per country (more confusing than a single figure).

This should also be applied to PHEVs.
You could also start on the embodied cost of the cars and batteries as well, but that's another day's work.