BMW Group Thailand has inaugurated local high-voltage battery production plant in partnership with the DRÄXLMAIER Group, one of the world’s leading automotive suppliers and a partner of BMW Group since 1966. BMW Group Thailand launched the local assembly lines in July 2019 at the DRÄXLMAIER Group plant. The high-voltage battery assembly plant is assembling both battery modules and the battery itself. 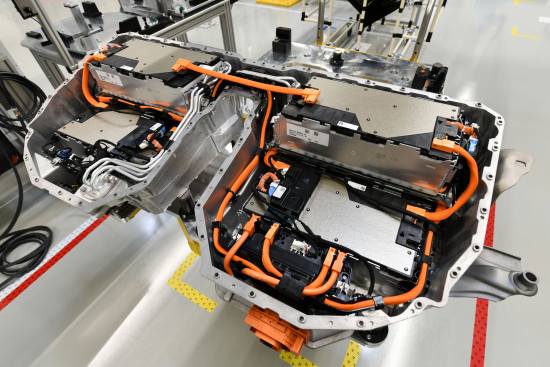 One of the pillars of BMW Group’s global strategy is electrification, and BMW Group Manufacturing Thailand is underlining its commitment to this mission by taking another big step forward in our electro-mobility strategy. The start of local battery production enables us to better respond to growing domestic demand for electrified vehicles in Thailand. This new capability also strengthens the performance of Plant Rayong in fulfilling the country’s mission of sustainable mobility.

Experts from BMW Group Munich were involved in the process at the new DRÄXLMAIER Group facility throughout the process in order to set up a solid foundation for the future.

The high-voltage battery is a central element of partially and fully electrified vehicles and requires specialized skills to produce. Advanced training and qualification programs were initiated in September 2018. The staff from the DRÄXLMAIER Group who have participated in the battery production training program at BMW Group Plant Dingolfing—the BMW Group Competence Center for e-drive production—and the BMW Group pilot plant for e-drivetrains in Munich, are now ready for the high-tech assembly work to produce the latest generation (Gen4) of the BMW Group high-voltage batteries.

This involves the use of production technologies onsite such as laser welding, plasma activation, robotics, gluing, automated optical and electrical inline quality inspection along with end-of-line testing. The training is also focused on supporting a highly automated process, which is an important part of battery module production, as well as comprehensive quality assurance, product methodology and technology, rework, and analysis.

The staff will work on battery cells provided by a supplier in the Asian region along with other imported parts—such as aluminum housing, electronics, and cables—to roll out high-voltage batteries that meet BMW Group’s world-class standard and are in full compliance with Thailand’s local content requirement regulation.

Final batteries will then be transported to Plant Rayong for the production of the entire range of BMW 5 Series Plug-in Hybrid Vehicles. Since 2017, BMW Group Manufacturing Thailand has assembled four BMW plug-in hybrids at Amata City Industrial Estate, Rayong province.

Following on from BMW Group Thailand earlier endorsement for incentives by Thailand’s Board of Investment (BoI) for a 700 million baht (US$229 million) outlay in BMW plug-in hybrid electric vehicle (PHEV) production, the company has jointly invested with DRÄXLMAIER Group in this battery assembly plant, worth 500 million baht (US$163 million).

An electric-vehicle battery (EVB) in addition to the traction battery speciality systems used for industrial (or recreational) vehicles, are batteries used to power the propulsion system of a battery electric vehicle.
happy wheels pro