DENSO Corporation and BlackBerry Limite announced the first integrated HMI (Human Machine Interface) digital cockpit system with BlackBerry QNX technology has shipped in the first vehicles by Japanese automotive manufacturer, Subaru. The technology, named DENSO ‘Harmony Core’ will be available first in the United States from Autumn 2019 in the all-new 2020 SUBARU Legacy and Outback (US model). 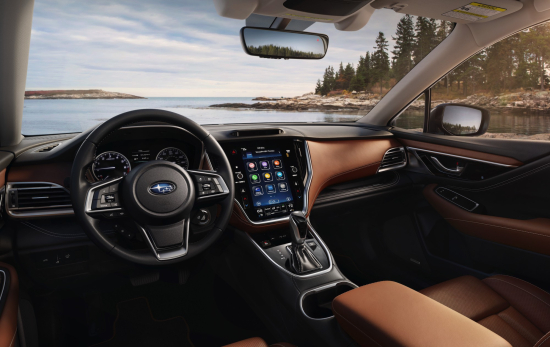 Today, vehicles are equipped with multiple HMI systems, which require several device-specific operating systems to work in unison. Because the operating systems are independently controlled by multiple microcontrollers, it has not been possible to unite and coordinate them to display content and sound in a uniform way. The BlackBerry QNX Hypervisor technology enables the independence of several operating systems with different characteristics and controls the integration with one microcomputer.

Software is the driving force in next-generation automotive design. As cars become more data-driven and automated, they demand functional, secure and trusted in-vehicle software. A leader in automotive technology, BlackBerry is excited to bring one of the world’s first integrated digital cockpit platforms to market with DENSO in Subaru’s latest vehicles, helping manufacturers to take advantage of a significant industry trend—the exploding demand for a safe, seamless, digital in-car experience.

According to Data Bridge Market Research, the global automotive digital cockpit market is expected to have an estimated value of US$41.15 billion by 2026 (CAGR of 13.67% between 2019-2026). The research also reports that growth in the ADAS market and increasing demand for electric vehicles is the major factor for the growth of this market.

Posted on 12 September 2019 in Controls and controllers, HMI, Microprocessors and controls | Permalink | Comments (0)