The tenth retail hydrogen station has opened in the San Francisco Bay Area. The True Zero station, developed by First Element, will be open 24 hours a day and is located at 350 Grand Avenue, Oakland, CA. 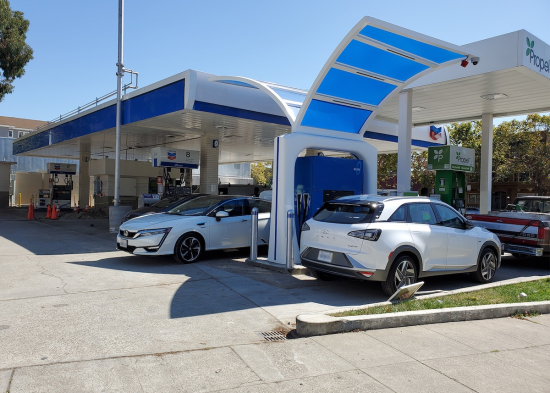 The Oakland station joins nine other hydrogen retail stations in the San Francisco Bay Area that are in operation, in addition to one that is being upgraded and 10 more that are in development.

Where does the hydrogen come from?

Another hand to California and Air Products to promote the use of clean FCEVs with many more H2 stations.

The hydrogen comes from Air Products and is made by reforming natural gas. It is not clear that this is any better than running internal combustion engines on CNG.

Air products should be encouraged or forced to use clean running electrolysers (with clean energy from REs) or have to pay a progressive carbon tax on H2 sold.