South Australia Premier Steven Marshall released the state’s Hydrogen Action Plan, including the commitment of more than $1 million towards a study to identify optimal locations for renewable hydrogen production and export infrastructure. The Hydrogen Action plan sets out twenty key actions across five key areas to help scale-up renewable hydrogen production for export and domestic consumption, and contribute to the South Australian Growth State Plan being developed by the Government. 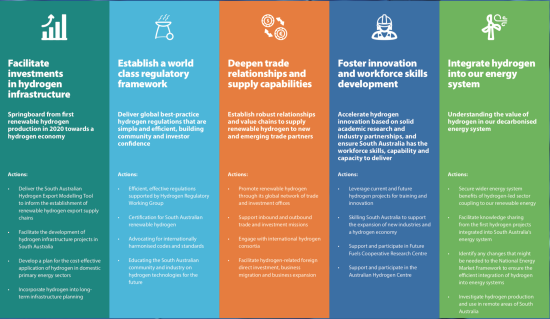 Australia seem to be moving quickly towards near future H2 economy?

A better way to better use more REs?