GHGSat, a private company which owns and operates the only satellite designed to monitor greenhouse gas emissions from industrial sources (earlier post), has named its third satellite (GHGSat-C2) Hugo. GHGSat’s first and second satellites are named Claire and Iris, respectively.

Hugo continues GHGSat’s tradition of naming satellites after the children of team members as a symbol of the importance of its mission to future generations. 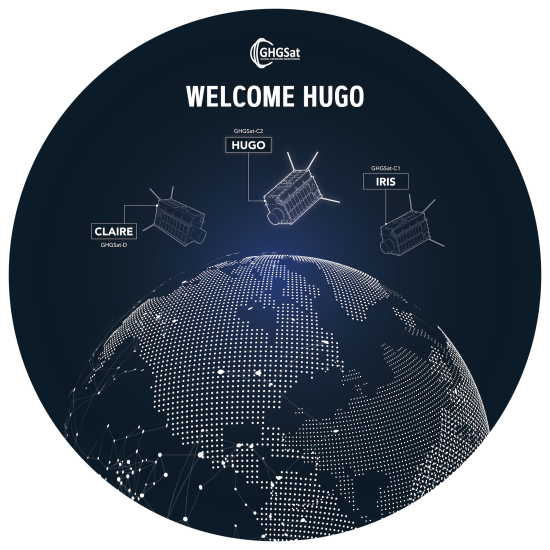 From the outside, Hugo is almost indistinguishable from Iris or Claire, but Hugo is the culmination of many improvements made to our satellite technology since Claire’s launch in 2016. We are so confident in the design improvements incorporated into Hugo that this satellite will be used as the baseline design for our next 10 satellites.

GHGSat’s novel technology enables GHG measurements with better accuracy at a fraction of the cost of comparable alternatives. Owners of industrial facilities can monitor their facilities, local or remote, anywhere in the world, with a common technology. Significantly improved emissions information enables industries to better measure, control and, ultimately, reduce emissions of GHGs.