An analysis of the early impacts of London’s new Ultra Low Emission Zone (ULEZ) found that in the first four months of its operation (March – July 2019) there was a reduction of 12,524 older, more polluting, non-compliant vehicles detected in the zone—a reduction of more than one-third.

There was a 30% decrease in the proportion of vehicles in the central zone that were non-compliant from March 2019 to July 2019. 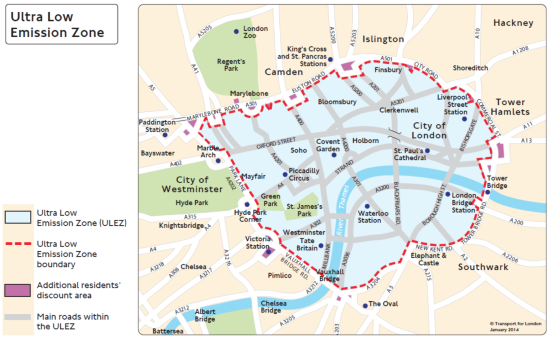 The Central London ULEZ started on 8 April 2019 and operates in the existing central London Congestion Charge Zone. Unlike the congestion charge, the ULEZ operates 24 hours a day, every day of the year. Vehicles must meet strict emission standards to drive in the ULEZ area:

The report says that the daily charges have raised £51 million (US$62.69 million) for City Hall to spend on green transport initiatives.