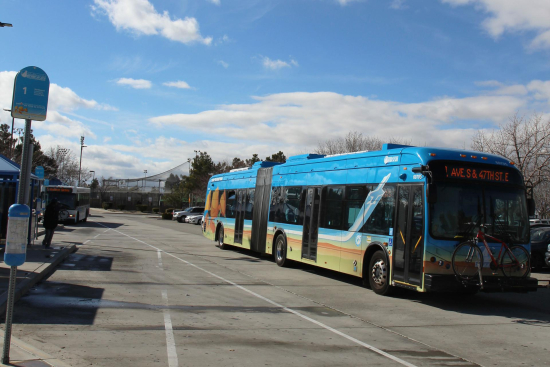 BYD’s K11M became the first battery electric transit bus of its size to complete the full 15,000-mile durability test in an impressive 106 days, setting the bar high for all other bus manufacturers. A report on the testing is pending.

The K11M is equipped with a 652 kWh battery pack that provides 230 miles of range.

Once Altoona and the FTA finalize the report, transit agencies will be able to tap FTA funding to buy the K11M. A number of customers have already begun to acquire and use K11 buses, including the Antelope Valley Transit Authority, based in Lancaster, Calif., Los Angeles International Airport, and IndyGo in Indianapolis.

BYD offers the widest range of battery-electric bus and coach models in the United States, ranging from 23-foot motor coaches on up the 60-foot K11M.

BYD's 60 and 90 foot e-buses with only one driver could become an alternative to e-trains on selected routes?

BYD has made a great breakthrough in the form of creating first battery electric transit bus. Click www.essaywritingnz.com/assignment-help-nz for more help in assignment writing. There are many customers such as Antelope Valley Transit Authority are demanding these buses. I think these buses will surely bring some positive change.