Bentley Motors’ corporate headquarters and main plant in Crewe, England—the Volkswagen Group’s only production plant on the British Isles—received CO2 neutrality certification in early October. The plant is thus making an important contribution to the decarbonization of the Volkswagen Group by 2050. 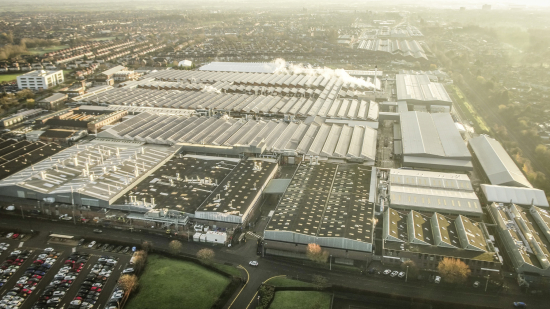 Bentley’s entire electrical energy is either generated locally by solar systems or purchased as certified green electricity. All unavoidable emissions are offset by high-quality measures. To secure the PAS 2060 certification, Gold Standard carbon credits have been purchased to offset the emissions that occur during the manufacturing process. The quantity and quality of these credits was independently verified by the Carbon Trust, which is the world’s leading independent certification body for carbon footprints.

Earlier this year, Britain’s largest solar carport with 10,000 solar modules was installed at Bentley’s Crewe site. The facility has a capacity of 2.7 MW and includes 1,378 car parking spaces - an area of 16,426 m². In addition to the 20,815 roof modules already installed, the total energy capacity of the solar modules on site increased to 7.7 MW, sufficient to cover over 1,750 households.

The certification is the result of almost two decades of work to make the historic Crewe site as energy and carbon efficient as possible. Although parts of the site have existed since the 1940s, in 1999 Bentley was the first UK carmaker to meet the ISO 14001 environmental management standard and plans to modernize the site to maximize energy efficiency and reduce emissions as a continuous process.

Competitive carbon neutral manufacturing is possible in most places-countries. It may have to be mandated? Alternatively, manufactures should have to pay for pollution and GHGs created.