Sales of BMW Group electrified vehicles up 10.1% in September, down 1% year-to-date

Global sales of BMW Group electrified models (fully-electric and plug-in hybrid) increased by 10.1% in September year-on-year to 16,035 units—due in part to the new BMW 330e. Sales of electrified vehicles for the first nine months have dropped by 1% at 96,570 units, compared to the same period last year. 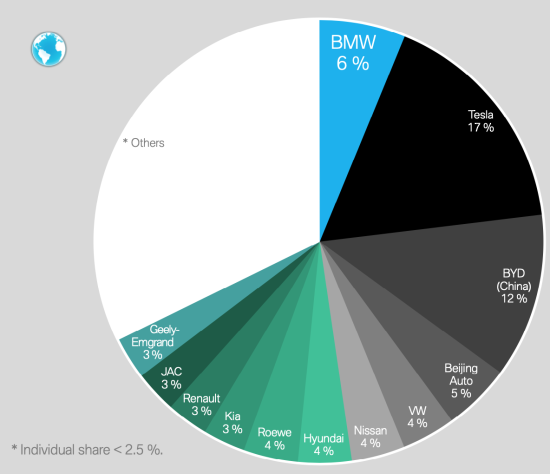 In the first nine months of the year, the BMW Group grew its worldwide sales of all vehicles by 1.7%, to 1,866,198 units (electrified vehicle share of 5.2%). Deliveries in September were up 4.6% on the same month last year, with a total of 248,684 premium BMW, MINI and Rolls-Royce vehicles delivered to customers (electrified vehicle share of 6.4%).

The BMW Group increased sales in its three main sales regions in September: Europe (+4.4%), the Americas (+4.0%) and Mainland China (+5.8%). For the first time, more than half a million vehicles were sold in Mainland China in the first three quarters of the year.