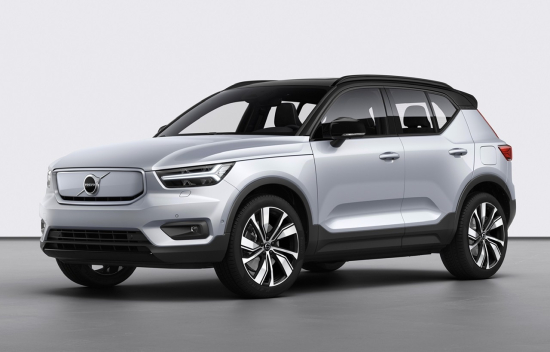 The XC40 Recharge, based on the multi-award-winning and best-selling XC40 small SUV, is the first of a family of fully electric Volvos. The EV is also the first Volvo with a new infotainment system powered by Google’s Android operating system.

Over the next five years, Volvo Cars will launch a fully electric car every year, as it seeks to make all-electric cars 50% of global sales by 2025, with the rest to be hybrids. Recharge will be the overarching name for all chargeable Volvos with a fully electric and plug-in hybrid powertrain.

From early 2020 customers entering the Volvo Cars website will first be asked whether they want a Volvo Recharge car or not. Further to encourage electric driving, every Volvo Recharge plug-in hybrid model will come with free electricity for a year, provided through a refund for the average electricity cost during that period.

The XC40 Recharge features a fully electric all-wheel drive powertrain that offers a range of more than 400 km (249 miles) (WLTP) on a single charge and output of 408 hp. The battery charges to 80% of its capacity in 40 minutes on a fast-charger system. 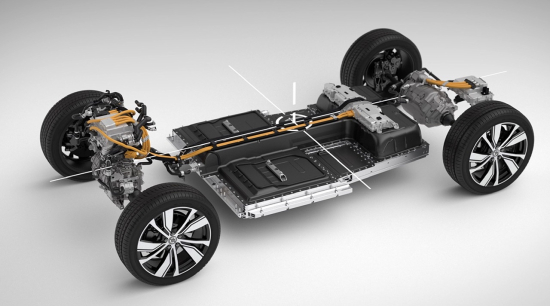 The Android-powered infotainment system is fully integrated with Volvo On Call, the company’s digital connected services platform. Via Volvo On Call plug-in hybrid drivers can track how much time they spend driving on electric power. To meet the anticipated growth in demand for its Recharge cars, Volvo Cars will triple production capacity for electrified cars and will as of next year prepare a Designer’s Choice selection of popular Recharge models, offering the potential for reduced delivery times. Volvo Cars aims for plug-in hybrid cars to make up 20% of total sales in 2020.

Every Volvo model in the range includes a Recharge option, from the small XC40 SUV via the 60 Series cars to the company’s flagship, the large XC90 SUV. Volvo Cars is the only car maker to offer a plug-in variant on every model in its line-up.

The XC40 Recharge and the Recharge car line are also tangible proof points of the company’s ambitious new action plan which represents concrete actions in line with the Paris climate agreement and supports Volvo Cars’ ambition to become a climate-neutral company by 2040.

Climate plan. Volvo Cars announced that it aims to reduce its lifecycle carbon footprint per car by 40% between 2018 and 2025. This is the first, tangible step towards Volvo Cars’ ambition of becoming a climate-neutral company by 2040.

The plan represents concrete actions in line with the global Paris climate agreement of 2015, which seeks to limit global warming to 1.5 degrees Celsius above pre-industrial levels.

Volvo Cars’ 2040 ambitions go beyond addressing tailpipe emissions through all-out electrification. It will also tackle carbon emissions in its manufacturing network, its wider operations, its supply chain and through recycling and reuse of materials.

As a near term step towards its 2040 ambition, Volvo Cars is implementing a set of immediate measures in its efforts to reduce the company’s lifecycle CO2 footprint per car. At that point in time, the company also aims for its global manufacturing network to be fully climate neutral.

To achieve the significant 40% reduction of its CO2 footprint per car by 2025, the company has devised a number of ambitions for different parts of its operations. The previously communicated goal of generating 50% of global sales from fully electric cars by 2025 is a prominent one, which would result in a 50% reduction in tailpipe carbon emissions per car between 2018 and 2025.