The deployment of micromobility sharing services (bikes and scooters) has expanded rapidly in cities across the United States. According to the National Association of City Transportation Officials (NACTO), the number of shared bike trips in the 100 largest US cities increased from 321,000 in 2010 to 45.5 million in 2018.

The study data includes systems with more than 150 bikes or scooters and only includes data reported by the 100 largest cities by population. Data does not include private or closed campus systems such as those operating on university campuses. 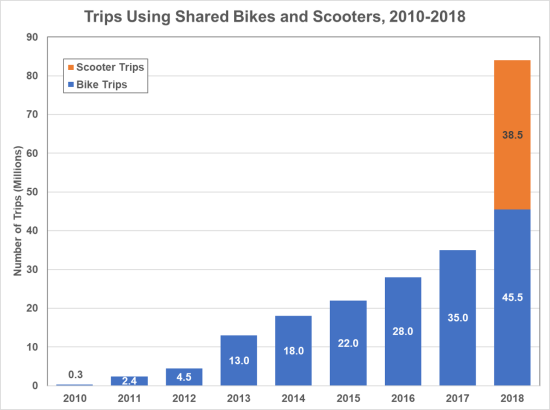