Eaton says it has shown in regulatory test cycles and real-world use that its cylinder-deactivation (CDA) technology can play a key role in helping commercial vehicle manufacturers meet or exceed 2024 and 2027 US emissions regulations. The company will make the announcement at the North American Commercial Vehicle show (NACV) in Atlanta, Georgia, at which Eaton will display a suite of technologies. 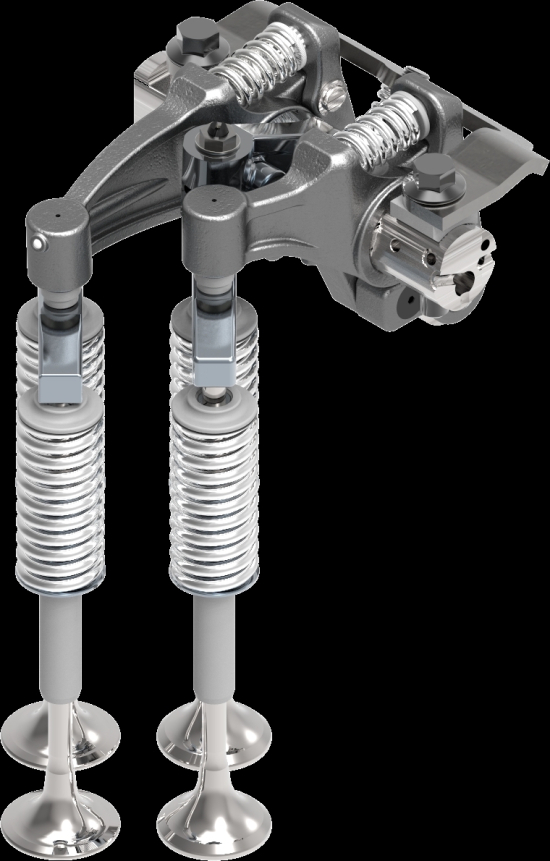 While other technologies can be combined to reduce both CO2 and NOx emissions, Eaton says that its CDA is the only single technology that can simultaneously reduce both.

Eaton is a proven leader in CDA technology that is today utilized in more than 14 million passenger vehicles. Eaton’s CDA technology for commercial vehicles will be available by 2024 for single- and double-overhead cam engines, as well as cam-in-block engines.

Eaton has a strong track record for leveraging cylinder deactivation in light-duty applications and is now applying that expertise to commercial vehicles. The testing we conducted validates that Eaton’s CDA technology can reduce emissions to help OEMs meet these coming standards.

US regulations mandate commercial vehicle manufacturers reduce CO2 by up to 20% by 2024 and up to 27% by 2027. Simultaneously, the Environmental Protection Agency (EPA) and California Air Resources Board (CARB) are expected to mandate reductions of NOx by approximately 70% by 2024 and up to 90% by 2027.

Additionally, new low-load cycle and in-use requirements will be put in place. A similar order of magnitude is expected in European regulations in comparable timeframes.

Extensive testing of Eaton’s CDA technology conducted on heavy-duty diesel engines by the Southwest Research Institute (SwRI) in San Antonio, Texas, resulted in an up to 86% NOx reduction and a 3-8% CO2 reduction, depending on the test cycle. The results, which show real-world fuel economy improvement, are representative of the new low-load in-use compliance regulations.

As part of the same study, the current production aftertreatment was replaced with an improved, close-coupled system. The combination of Eaton CDA and improved aftertreatment met the expected NOx requirement for 2027. Eaton CDA technology increases the exhaust temperature at low load to allow the NOx aftertreatment system to quickly reach its peak efficiency range of 250–400°C.

Having a suite of VVA technologies allows OEMs to combine different valvetrain control functions to best optimize both fuel economy and aftertreatment efficiency.