The new plant of The SAIC Volkswagen joint venture’s new plant—which is dedicated to production of all electric vehicles on Volkswagen’s Modular Electric Drive Matrix (MEB)—has been completed in Anting, Shanghai. Celebrating the start of pre-production, a first China-specific all-electric Volkswagen ID. model rolled off the production line. 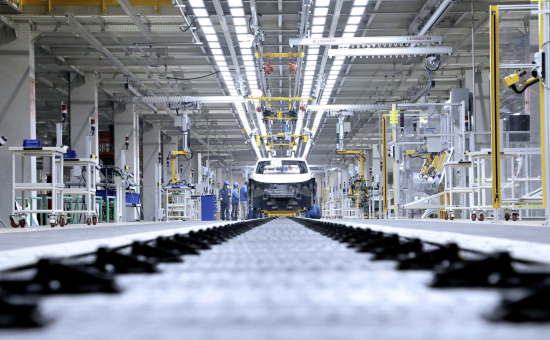 The start of series production of all-electric cars based on the MEB platform in Anting is scheduled for October 2020.

The Volkswagen Group projects a total volume of 22 million all-electric cars worldwide by 2028, with more than 50 percent of that from China. The country plays a crucial part in our electrification strategy, which will pave the way to Volkswagen’s goal of becoming net carbon-neutral by 2050. Together with the start of MEB production, we will launch the Volkswagen ID. family in China as well, a brand-new generation of fully electric and connected vehicles.

—Dr. Herbert Diess, Chairman of the Board of Management of Volkswagen AG

It took only 12 months to see the completion of this innovative factory. Congratulations to our colleagues in Anting, who will further prepare to produce the first China-model of the Volkswagen ID. family here in Shanghai. We will speed up our NEV offensive even more, as we expect further e-mobility market growth.

Pre-production begins just a few days after the first global ID. manufacturing started in Zwickau, Germany. Full series production in the new Anting factory is planned to commence in October 2020, with an annual capacity of 300,000 vehicles.

The MEB production plays a key role in Volkswagen Group China’s e-mobility strategy, as it strives to transform into a provider of sustainable mobility. The Anting plant is scheduled to start ID. model production at the same time with a plant by FAW-Volkswagen in Foshan, resulting in a combined capacity of 600,000 units per year.

The first phase of pre-production in Anting starts now with a China-specific ID. model of the Volkswagen Brand. In the future, the plant will be manufacturing MEB platform-based BEV models for various Volkswagen Group brands. In total, it is planned to increase the local production in China up to 15 MEB models from different brands by 2025.

Fully intelligent and digitized, the Anting plant sets a new benchmark for green and smart factories for Volkswagen Group China and the Chinese auto industry. The area utilization is highly increased, meaning less land and built-up space is needed compared to a standard plant. In terms of flexibility, the new MEB factory sets a benchmark in China by allowing for six different car projects running simultaneously. 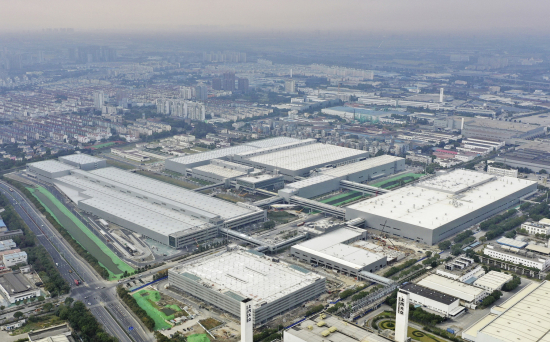 As a unique platform specifically designed for the mass production of electric vehicles, MEB allows for vehicles with a longer wheelbase and a more spacious interior. Moreover, models produced on the MEB platform will see advanced digital and intelligent daily life integration, in terms of the latest infotainment systems and connectivity functionalities.

My difficuty with VW's plans is that AFAIK battery costs using anything like current chemistry can't fall far enough to make them other than a subsidy and mandate driven charge on other motorists.

So for instance the emission regulations in Europe seem likely to make it uneconomic to produce class A cars, which are the cheapest cars and which use the fewest resources, including of course not having the enormous amounts of energy embodied in big battery long range BEVs.

And as for harmful emissions, most of those are now from tire and brake wear, together with road dust.

To some extent regen braking will minimise brake wear, but relatively big and heave long range BEVs will do way worse than the little A class cars, especially mild hybrid ones, that regulation and costs seem likely to drive to extinction.