Volkswagen of America marked the start of construction for its electric vehicle production facility. The Chattanooga site, where EV production will begin in 2022, will be Volkswagen’s North American assembly base for electric vehicles based on the Modular Electric Drive Matrix (MEB).

The company also announced it intends to build a 198,000–square-foot plant for the assembly of battery packs for EVs at the Chattanooga site. 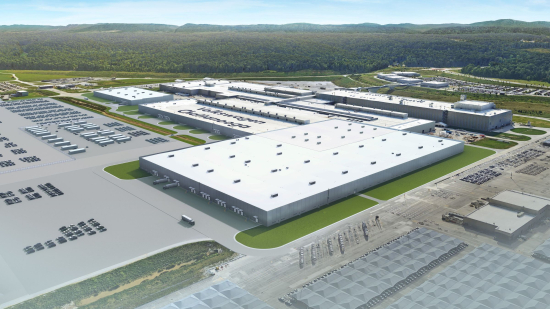 This is a big, big moment for this company. Expanding local production sets the foundation for our sustainable growth in the US. Electric vehicles are the future of mobility and Volkswagen will build them for millions of people.

—Scott Keogh, president and CEO of Volkswagen Group of America

Volkswagen began long-range EV production of ID.3 earlier this month in Zwickau, Germany, and will then roll out assembly worldwide, including in Anting and Foshan, in China, in 2020. By 2022, MEB vehicles are to be produced at eight locations on three continents. The Chattanooga site will be VW’s North-American hub for EV manufacturing.

Volkswagen’s investment of about $800 million in the Chattanooga facility will require the addition of about 1,000 jobs. Tom du Plessis, Volkswagen Chattanooga CEO, said the expansion signals the start of new, high-tech processes in the plant. Hiring for the new assembly will begin in early 2020 and will continue as needed for ramping up production, he said. Positions added for the expansion include supervisors, specialists and a variety of engineers specializing in electrical, software, mechanical, manufacturing, chemical and quality.

Electric vehicle and electric-vehicle battery production require new and different technical skills than those we currently use. We’re working with our colleagues abroad, as well as with the Volkswagen Academy, to ensure our team members are well-prepared.

The production version of the ID. CROZZ will initially be assembled in Zwickau; production of that vehicle is set to begin in Chattanooga in 2022.

The expansion of the plant includes a 564,000-square-foot addition to the body shop.

Volkswagen currently builds the midsize Atlas SUV and the Passat sedan at the Chattanooga factory.