Audi and Schaeffler have agreed to continue their Formula E partnership. The development project of the Audi e-tron FE07 for the seventh FIA Formula E season has already been launched. 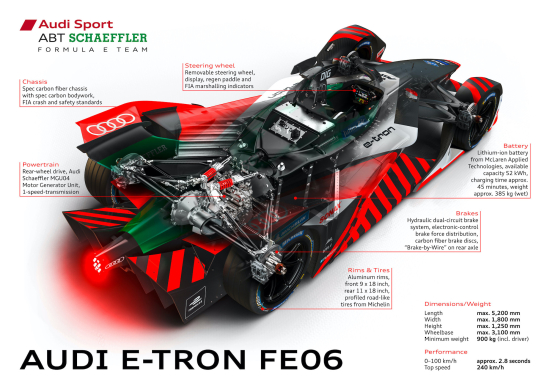 On a race car that is standardized for all teams in all other respects, the combination of the motor, transmission, inverter and software is regarded as the car’s centerpiece. Going forward, Schaeffler, as technology and development partner, will primarily be involved in areas such as bearing development, component manufacturing, transmission, motor and drive concept development, as well as by supporting test bench work and prototype construction.