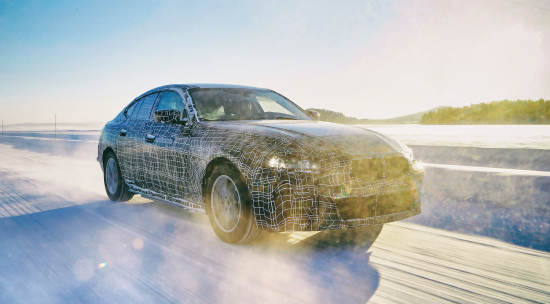 The BMW i4 undergoes winter trial tests earlier this year.

The electric motor developed for the BMW i4 delivers a maximum output of around 390 kW/530 hp, reaching the level of a V8 engine in current BMW models fitted with a combustion engine. Its spontaneous power delivery gives the BMW i4 outstanding performance characteristics and exceptionally high efficiency.

The BMW i brand’s first Gran Coupé accelerates from zero to 100 km/h in around 4.0 seconds, achieving a top speed of more than 200 km/h. 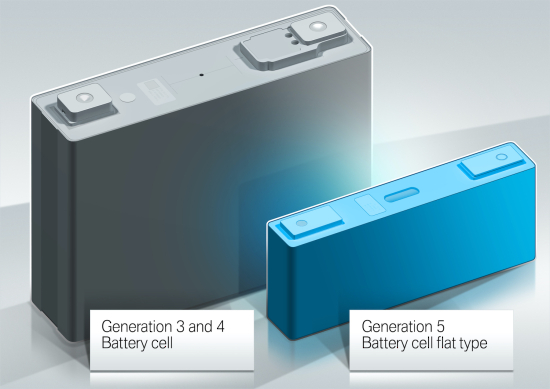 The design of the high-voltage battery developed for the BMW i4 is characterized by its extremely flat design and optimized energy density. With a weight of some 550 kilograms, it has an energy content of around 80 kWh. This gives the BMW i4 its targeted range of approximately 600 kilometres. 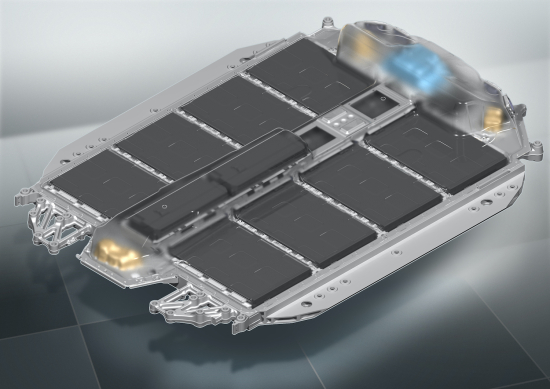 HV battery system for the i4.

The electric drive component of the BMW i4, its charging unit and high-voltage battery are all developed in-house by the BMW Group. Production is carried out in-house or according to BMW Group specifications. Here, the experience gained from development of the previous generations of BMW eDrive technology is consistently tapped into with the aim of optimizing all components on an ongoing basis.

Fifth-generation BMW eDrive technology comprises a highly integrated drive system in which the electric motor, transmission and power electronics are accommodated in a single housing. This drive system is compatible with all vehicle concepts and will be available for different models in a range of output levels. The highly integrated design of the system allows a significant increase in power density as well as a reduction in weight and manufacturing effort. Production of future-generation electric motors will no longer require rae earth materials.

The next generation charging unit is characterized by a uniform package suitable for all future vehicle architectures. It can be used in plug-in hybrid models as well as in purely electrically powered vehicles and is designed for a charging capacity of up to 150 kW. This allows the high-voltage battery of the BMW i4 to be charged to around 80% of its full energy content in around 35 minutes. This results in a charging time of around six minutes for a range of 100 kilometers. 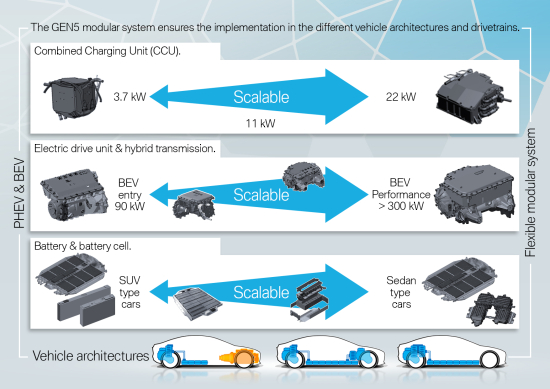 The all-electric BMW i4 will be produced from 2021 onwards and subsequently launched on the global automotive markets. The new model will be manufactured at the company’s main plant in Munich, where other vehicles produced include the BMW 3 Series Sedan with conventional combustion engine and plug-in hybrid drive; the BMW 3 Series Touring with conventional drive and from summer 2020 also with plug-in hybrid drive; the BMW 4 Series Coupé and the BMW M4 Coupé.

Are those 'targeted' specs EPA or Europes WLTP?

Well, that could be achieved driving in a circle or oval at constant 50 kmh without passengers and removal of all disposable weight.