Volvo Buses recently demonstrated the potential of a 12-meter electric and autonomous bus at a bus depot. The demonstration, held together with bus operator Keolis, took place at Keolis’ bus depot just outside of Gothenburg, Sweden. 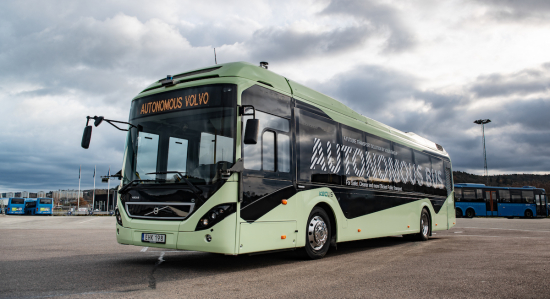 During the demonstration, the fully-electric 12m autonomous bus successfully drove itself between the parking bay and several workstations including cleaning, servicing and electric charging, before parking itself in the correct bay—all while carrying passengers. 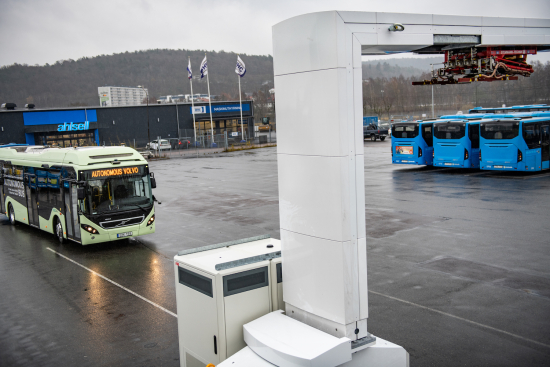 This marks a very important step in our autonomous journey as we now have successfully shown the commercial benefits an autonomous solution can deliver in a bus depot. Autonomous buses in depots bring new benefits such as more efficient traffic flows, higher productivity, less damages and improved safety. The industry-common charging interface OppCharge is ideally suited for autonomous charging, eliminating the need to connect power cables to the bus in the depot.

ABB, who also participated in the demonstration, also sees opportunities for the future.

The event was just the latest in a number of successful demonstrations of autonomous buses carried out by Volvo Buses in recent years. This demonstration was one of the first to take place in a real bus depot—one of the areas that Volvo Buses believes offers the greatest potential for automation.

We are still many years away from seeing fully-autonomous buses on public roads, but since bus depots are confined areas with predictable and repetitive traffic flows, we see autonomous buses being used there much sooner. Working together with Keolis has given us this unique opportunity to test an autonomous bus in real conditions and will help us drive the development of autonomous solutions forward.