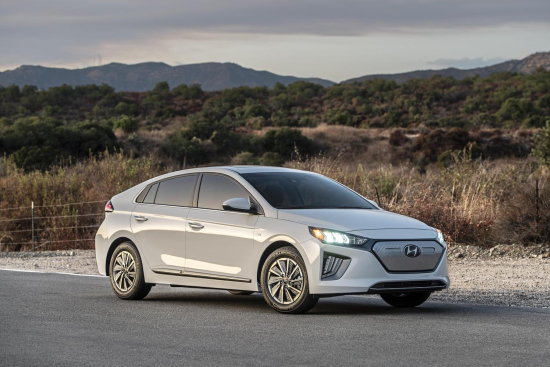 All 2020 IONIQ models also receive revised feature packaging because of all the product enhancements. IONIQ Hybrid with an EPA estimated 58 combined MPG remains the fuel economy leader for a non-plug-in vehicle. The new IONIQ Hybrid, Plug-in and Electric are available to customers now.

All redesigned IONIQ models are equipped with a comprehensive Hyundai SmartSense technology package. The assistance system constantly monitors the environment around the car alerting drivers to potential hazards while on the road. This system includes standard Forward Collision Avoidance Assist, High Beam Assist and a Drivers Attention Warning.

The new IONIQ Electric’s battery has been upgraded from 28 kWh to 38.3 kWh, and offers a total of 170 miles of estimated range. Its e-motor delivers 134 horsepower and 218 lb.-ft. of torque and is fitted standard with a 7.2-kW on-board charger—an upgrade from current 6.6-kW—for Type 2 AC charging. Using a 100-kW fast-charging station, the battery can reach 80% charge in as little as 54 minutes. 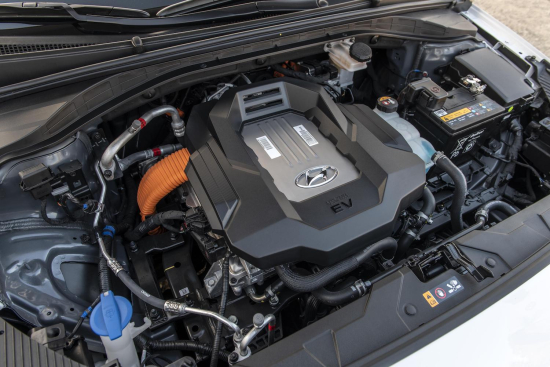 The upgraded IONIQ line still feature Hyundai’s Blue Link connected car system, which uses embedded telematics to allow drivers to remote start their vehicle and control air conditioning using the MyHyundai smartphone app. The app also allows users to remote lock or unlock their doors, and find their vehicle in a crowded parking lot with Car Finder and remote horn and lights. This technology also allows owners of the plug-in or electric model to remotely check the status of their battery so they know when they need to recharge the vehicle. Thanks to Blue Link, charging can be remotely controlled and scheduled via the app.

In addition, Blue Link in the new IONIQ arrives with cloud-based navigation, which offers free up-to-the-minute traffic information, POI searches, dealer locator as well as the ability to locate nearby charging stations.

Good progress.
Question: How can Hyundai get so many miles per kWh ?
Is it the aerodynamics of the car, or electrical system efficiency or are they fudging it ?
[ I am assuming they are not fudging it, as it is EPA miles, (not NEDC, for instance) ]

Aerodynamics, I bet.  The profile is awfully Prius-like.


Except when a hundred owners are looking for their car it will be bedlam.


A French review I read on the PHEV version got 55 km AER on an out of town road trip (Paris to Chartres), normal driving style, before the ICE had to take over. It seems to be a very efficient car.