Anheuser-Busch, in partnership with Nikola Motor Company and BYD Motors LLC, completed its first Zero-Emission Beer Delivery in its hometown of St. Louis. The company delivered beer from the local Anheuser-Busch brewery to the Enterprise Center using only zero-emission trucks. 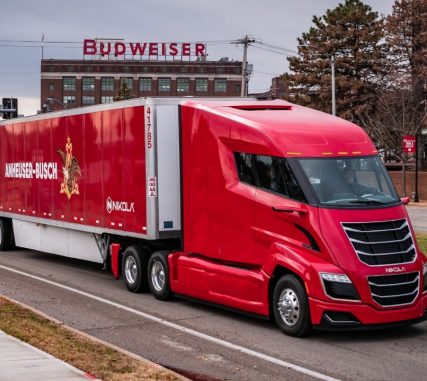 Lohr Distributors then delivered the beer to the Enterprise Center, home of the St. Louis Blues, on a BYD electric truck. 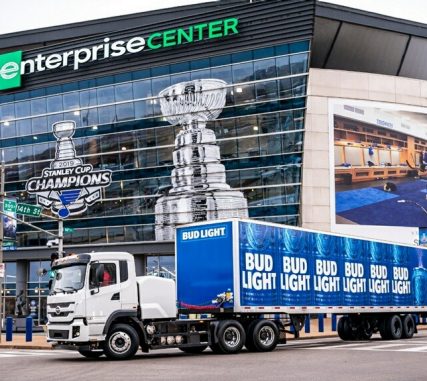 The delivery builds on Anheuser-Busch’s ongoing commitment to sustainability and existing partnerships with both Nikola and BYD.

Through its 2025 Sustainability Goals, Anheuser-Busch has committed to reducing carbon emissions across their value chain by 25% by 2025.

Last year, Anheuser-Busch placed an order for up to 800 hydrogen-electric powered semi-trucks from Nikola, a pioneer in hydrogen-electric renewable technology. The partnership will help the brewer transition their entire long-haul dedicated fleet to zero-emission vehicles.

To complement the Nikola partnership within their routes, Anheuser-Busch also announced a pilot project with BYD in California last month to improve the sustainability of their fleet at four Anheuser-Busch distribution facilities across southern California.

The 21 BYD electric trucks as well as a 958.5 kW solar array to charge the vehicles will be implemented this year as the largest Class 8 electric truck deployment in North America.

To further highlight the power of partnership, Anheuser-Busch is hosting more than 100 strategic suppliers and partners in St. Louis this week for their inaugural Eclipse Summit to discuss best practices and align on collective action in sustainability. Both Nikola and BYD will be participating in the summit to highlight their technology and the impact of their partnerships with the brewer.

They could turn the brewery CO2 into bio synthetic fuels.