Home About Contact RSS GCC Twitter Newsletter
Volkswagen of America collaborates with EV West to electrify a 1972 Type 2 Bus
Lexus introduces the UX 300e, its first EV, in China; on sale in China and Europe in 2020 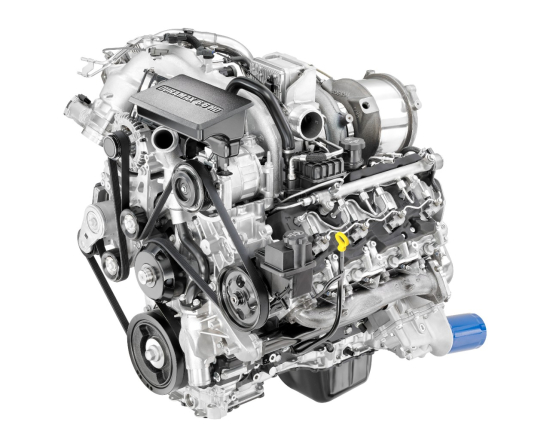 Strong demand for GM’s all-new family of Chevrolet and GMC heavy and medium duty pickups is driving us to find ways to build more Duramax diesel engines. The Brookville investment will enable us to machine more engine blocks and heads and ultimately enable our DMAX engine plant in Moraine to build more 6.6-liter diesel engines for our Flint truck assembly plant.

Heavy-duty trucks make up about 25% of full-size pickup sales in the US. GM has consolidated heavy-duty pickup production at its Flint, Michigan truck assembly plant, where the company has installed new body and paint shops and created 1,000 new jobs to support a capacity increase of 40,000 units compared to the outgoing model.

GM’s launched its all-new family of Chevrolet Silverado and GMC Sierra HD pickups earlier this year and began shipping the all-new HDs to dealers in July and will build dealer inventory levels through the first half of 2020. The company is sharply increasing production of crew cab and diesel models to meet growing customer demand.

Maximum towing power and capability in the all-new Silverado and Sierra HDs come from the proven Duramax 6.6-liter V-8 turbo-diesel. DMAX has built more than 2 million diesel engines since the facility opened in 1999.