Rheinmetall Automotive’s KS HUAYU AluTech GmbH is producing its first all-aluminum four-cylinder diesel engine for a widely used passenger car diesel engine series from a major German automobile manufacturer. This is the transverse version of the engine series that is now in volume production. 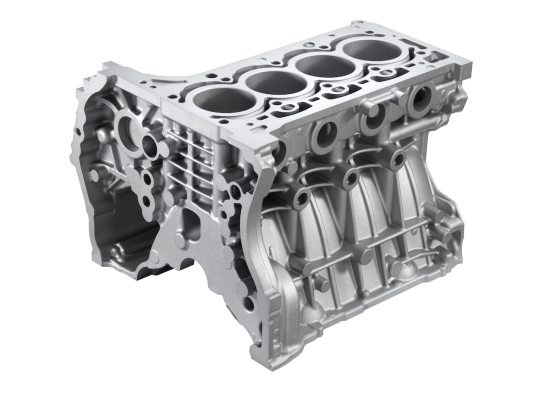 For the engines developed with a displacement of two liters, die-cast housings are used on the lower-performance models. The manufacturing process for a second more powerful unit is low-pressure die casting. This uses inorganically produced cores and a special cooling technique in order to meet the complex geometry of the component on the one hand and the high mechanical requirements and operating specifications on the other. Production for both orders started in autumn 2018 and is planned to run until 2027.

On both models, the cylinders feature a special lining, applied by the OEM to deliver significant advantages in terms of friction and thus consumption and emission.

Back in 2017, Rheinmetall Automotive AG had been awarded the contract for several components on the OEM’s diesel engine series. The order volume worth more than €390 million also includes the latest generation of steel pistons, cylinder crankcases, plain bearings and electropneumatic transducers. All these components contribute to low overall consumption and reduced emissions on these advanced drivelines.