Hartsfield-Jackson Atlanta International Airport (ATL) has aded two BYD battery-electric buses. The K9M 40-foot buses are part of the airport’s fleet of “terminal-to- terminal” shuttles used to transport passengers between the international and domestic terminals, and from the international terminal to the Rental Car Center. 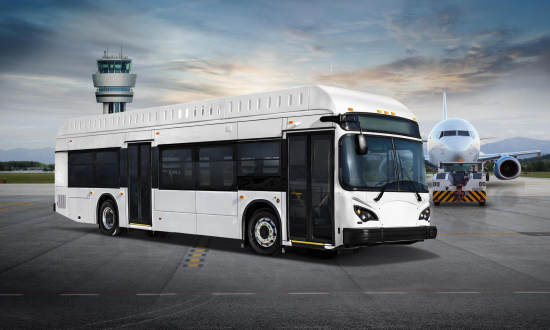 Atlanta is one of three airports to purchase BYD buses and has reduced its emissions by 70 metric tons since the launch of its two buses.

The K9M has a range of up to 150 miles and charges in two to three hours. The buses were built at BYD’s Coach & Bus factory in Lancaster, California.

ATL is looking at more ways to incorporate sustainability through its GreeningATL program. Efforts include electrifying its fleet, providing electric vehicle charging stations for passengers as well as improving water efficiency in the terminals, and recently achieving the USGBC’s LEED for Communities Certification.