Rio Tinto to invest $1.5B to continue production at Kennecott copper to 2032

Rio Tinto has approved a $1.5-billion investment (100% basis) to continue production at its Kennecott copper operation in the United States. The investment over the next six years will extend operations at Kennecott to 2032.

Rio Tinto Kennecott represents nearly 8% of US annual copper production. Kennecott’s Bingham Canyon Mine is one of the top producing copper mines in the world with production at more than 20 million tons. The Bingham Canyon Mine is also the largest human-made excavation on Earth. It measures two and three-quarter miles across at the top and three-quarters of a mile deep. 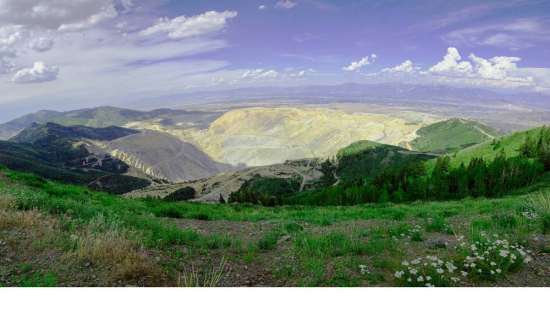 To date, Rio Tinto has spent more than $1 billion to push back and deepen the south wall of the mine. The additional investment will further extend strip waste rock mining and support additional infrastructure development in the second phase of the South Wall Pushback project, to allow mining to continue into a new area of the ore body and deliver close to one million tonnes of refined copper between 2026 and 2032.

This additional investment will commence in 2020 and is included in the group capital expenditure guidance of $7.0 billion in 2020 and $6.5 billion in both 2021 and 2022 as development capital. With this project, Rio Tinto has invested more than $5.0 billion in modernization, environmental stewardship and mine-life extension initiatives since it acquired Kennecott in 1989.

This is an attractive, high value and low risk investment that will ensure Kennecott produces copper and other critical materials to at least 2032. The outlook for copper is attractive, with strong growth in demand driven by its use in electric vehicles and renewable power technologies, and declining grades and closures at existing mines impacting supply.

Kennecott is uniquely positioned to meet strong demand in the United States and delivers almost 20 of the country’s copper production. North American manufacturers have relied on high quality products from Kennecott for the past century and this investment means it will continue to be a source of essential materials into the next decade.

Earlier this year, Rio Tinto announced that it would cut the carbon footprint associated with operations at Kennecott by permanently closing its coal-fired power plant and sourcing renewable energy certificates.

The first phase of the South Wall Pushback, which is expected to be complete in 2021, extended production from 2019 to 2026. $0.3 billion remains to be spent of a $0.9-billion investment.

In addition to copper, Kennecott is one of the largest producers of gold, silver, platinum group metals and molybdenum in North America, and a potential source of critical minerals such as rhenium and tellurium.

The complex operates on Rio Tinto’s privately owned land and hosts one of the most advanced copper and precious metals smelters in the world. It processes concentrate from Kennecott and third parties, and is one of only three smelters in the United States.

Rio Tinto is a member of the US Department of Energy’s Critical Materials Institute (CMI) and is jointly investigating with CMI experts ways to extract additional critical minerals from the existing refining and smelting process.