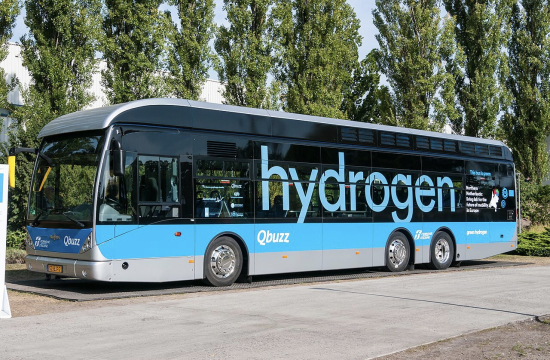 Ballard plans to deliver the 20 FCveloCity-HD 85kW modules in 2020. These will power 20 Van Hool A330 model Fuel Cell Electric Buses (FCEBs) that are planned for deployment with Qbuzz, the transit agency for the city of Groningen, by the end of next year.

Shell has been contracted to build a hydrogen refueling station at the Peizerweg bus depot in Groningen to support this fleet of FCEBs, with each bus having a range of 350-to-400 kilometers (220-to-250 miles) between refuelings.

Rob Campbell, Ballard’s Chief Commercial Officer said, that the order is a follow-on order for modules, after the deployment of two Ballard-powered Van Hool buses with Qbuzz in 2017.

Hydrogen is no longer an experimental fuel, but has become a serious zero-emission drivetrain used in everyday public transportation. We are proud to implement hydrogen at this scale in the north of the Netherlands and to be a frontrunner in the Netherlands and Europe.

—Fleur Gräper-van Kookwijk, Regional Minister for the Province of Groningen and Chairwoman of the Public Transport Authority OV-bureau

Results of the JIVE programs are expected to demonstrate the technical readiness of FCEBs to bus operators and the economic viability of hydrogen as a zero-emission bus fuel to policy makers. The JIVE programs are supported by a total of €57 million in grants from the Fuel Cells and Hydrogen Joint Undertaking (FCH JU).