Hydro-Québec will support the clean hydrogen sector in Québec

Hydro-Québec operates some 60 hydroelectric generating stations, making it one of the largest hydroelectricity producers in the world. Decarbonizing the economy to reduce greenhouse gas (GHG) emissions is one of the company’s priorities.

In addition to having access to Québec’s vast water resources to generate green, renewable power at competitive prices, Hydro-Québec has everything it needs to support the development of green hydrogen. Green hydrogen, is produced through the electrolysis of water rather than from methane, a process that produces high levels of GHG emissions. 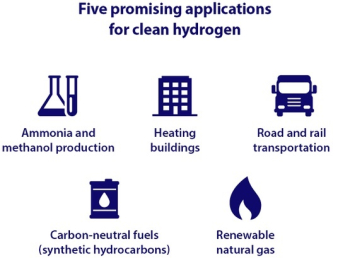 In November, Hydro-Québec published a snapshot of its energy resources which presents the company’s forecasts regarding its future electricity needs and the means by which it will meet them. Although demand will increase in Québec, the company will continue to have a major surplus of available electricity.

Overall, Hydro-Québec can count on over 40 terawatthours (TWh) of available energy annually over the coming years. With this energy, it will be able to power Québec’s economic development while boosting its contribution to the decarbonization of neighboring markets by signing new long-term export contracts. The company’s energy reserves are stored in its 28 large reservoirs, which can accumulate 176 TWh.

Québec has vast hydraulic resources in the form of some 500,000 lakes and 4,500 rivers. This offers immense hydroelectric potential.

In 2015, the electricity produced in Québec accounted for 32% of Canada’s total power generated from all sources, but was responsible for only 1% of GHG emissions linked to electric utilities.