Essentially, unlike conventional time-of-flight (ToF) lidar systems that send out a pulse of laser light and measure the time it takes to bounce back, FMCW sends out a continuous beam with a steadily changing frequency. When the light returns, the frequency difference is proportional to the distance traveled. Combining beams with two different frequencies gives a precise distance measurement. 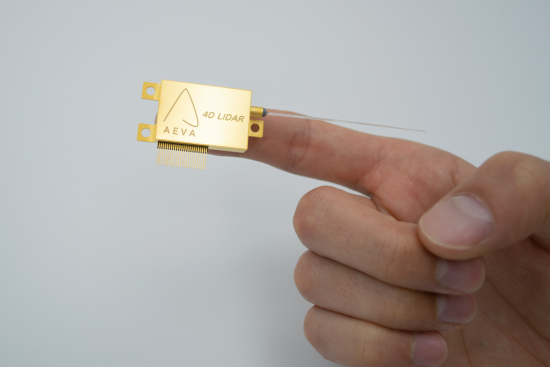 Aeva’s 4D lidar-on-chip significantly reduces the size and power of the device by orders of magnitude while achieving full range performance of over 300 meters for low reflective objects in addition to the ability to measure instant velocity for every point—a first for the autonomous vehicle industry. Aeva’s lidar-on-chip will cost less than $500 at scale, in contrast to the several tens of thousands of dollars for today’s LiDAR sensors.

Aeries features a 120-degree field-of-view at only half the size of Aeva’s first product. Aeries meets the final production requirements for autonomous driving robo-taxis and large volume ADAS customers and will be available for use in development vehicles in the first half of 2020. 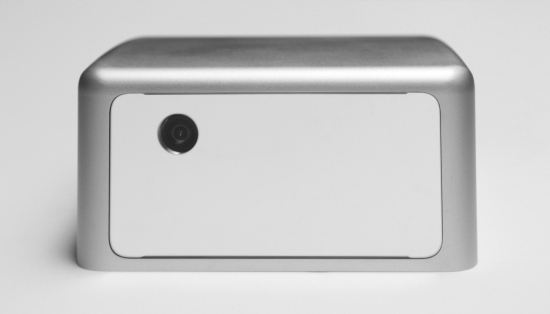 One of the biggest roadblocks to bringing autonomous vehicles to the mainstream has been the lack of a high-performance and low-cost LiDAR that can scale to millions of units per year. From the beginning we’ve believed that the only way to truly address this problem was to build a unique lidar-on-chip sensing system that can be manufactured at silicon scale.

Unlike other LiDAR technologies, Aeva’s 4D lidar-on-chip measures the instant velocity of every point on objects beyond 300m. Aeva’s LiDAR is also free from interference from other sensors or sunlight and it operates at only fractions of the optical power typically required to achieve such long range performance, increasing the factor of safety and scalability for autonomous driving.

Aeva also differs from other FMCW approaches in its unique ability to provide multiple millions of points per second for each beam, resulting in ultra high fidelity data that has been unprecedented until now.

Not all FMCW LiDARs are created equally. A key differentiator of our approach is breaking the dependency between maximum range and points density, which has been a barrier for time-of-flight and FMCW LiDARs so far. Our 4D LiDAR integrates multiple beams on a chip, each beam uniquely capable of measuring more than 2 million points per second at distances beyond 300m.

Porsche SE recently made a significant investment into the company. This investment is Porsche’s only investment in lidar technology and expands on the existing partnership between Aeva and Audi’s self-driving unit.

We have scanned the market closely and believe Aeva’s 4D lidar on a chip technology is the best lidar solution on the market, solving a fundamental bottleneck for perception in taking autonomous driving to mass scale. Together we are looking into using Aeva’s 4D lidar for our VW ID Buzz AV, which is scheduled to launch in 2022/23.

This amazing price crash was predicted by Tony Seba about five years ago! But my question is this: How does it deal with fog, and how do they keep the optics clean in poor conditions? Adverse condtions might require multiple arrays and elaborate software to maintain performance at anything approaching these distances.