Mercedes-Benz Untertürkheim plant to produce electric powertrains in the future

In the future, the Mercedes-Benz plant in Untertürkheim will manufacture and assemble parts of electric powertrains (eATS). The eATS consists essentially of three subsystems: an electric motor, its power electronics and the transmission. 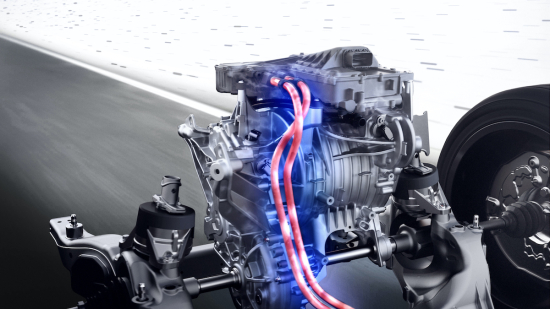 The production of the eATS is a commitment to the traditional Mercedes-Benz facility in Untertürkheim and a forward-looking signal for the employees.

At the same time, the company and the employees have agreed on measures to increase competitiveness and profitability. This includes defined production ranges of the eATS as well as measures to increase the competitiveness and profitability of production. The Mercedes-Benz Untertürkheim plant sees itself as a flexible partner for the Mercedes-Benz car plants, which produce electric vehicles of the EQ product and technology brand.

For the works council, the long-term future viability of our site has been the focus from the very beginning. We have not allowed a mere discussion of figures or an intervention in collective agreements. With the eATS, we have taken another important step towards the future. In combination with the combustion engines, the battery factory and fuel cells, we are broadly positioned and have anchored all drive technologies in Untertürkheim so that we can continue to be Daimler’s lead plant and competence center for drive technologies in the future.

—Michael Häberle, Chairman of the Works Council of Mercedes-Benz Untertürkheim

The company and the works council agree that the Mercedes-Benz Untertürkheim site has the necessary conditions to implement the production of parts of the electric powertrain and its assembly economically and competitively. In addition, the objective of the agreed measures is on one hand to react even more flexibly to changes of the market and, on the other hand, to further expand the Untertürkheim plant as a competitive location for electromobility. Adjustments in the organization of operations are a key lever for achieving these preconditions. They include, for example, a platform for making the use of staff more flexible, which employees will be able to apply for.

Transformation at the Mercedes-Benz Untertürkheim site is continuing at a good pace:

The Mercedes-Benz Untertürkheim plant has a 115-year tradition, is the largest facility in the worldwide powertrain production network, and the headquarters of the Daimler Group are located here. With more than 19,000 employees, the plant produces engines, axles, transmissions and components.

The plant is a competence center for highly efficient engines, hybrid-drive systems and the production of fuel-cell systems. The research and development department is also located here, with a test track for vehicle testing.

The plant consists of a total of six sub-plants. While engines are manufactured in Untertürkheim and Bad Cannstatt and the forge is also located here, transmission production takes place in Hedelfingen. Axle production and the foundry are located in Mettingen. Training is based in Brühl and flexible production is in Esslingen at the Sirnauer Bridge.