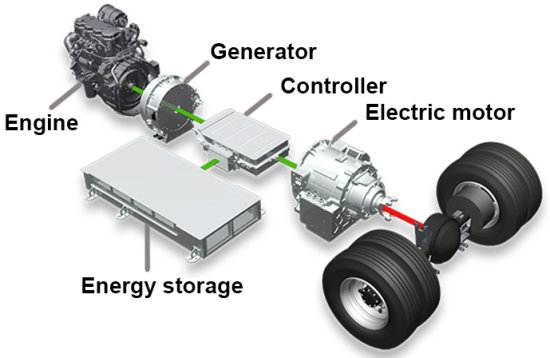 BAE’s series hybrid system features no mechanical link between the diesel engine and the axle. All power comes from the electric motor. Power flows in series from engine to generator to traction motor.

The system opens a new door for San Francisco to get to zero emissions by 2035, as each bus will now be able to drive on clean electric power through each of the areas – known as “green zones.” Buses can now switch to battery power from a combustion engine, temporarily eliminating diesel emissions when they cross the threshold of a green zone. The technology allows the city to convert the fleet into part-time electric buses as an intermediate step to full electrification.

This technology helps San Francisco get one step closer to full zero emissions operations, improving the health of the city’s environment and its residents. With Series-ER, buses are programmed using global positioning software to turn off the bus engine once it enters the green zone and operate solely on electric battery energy.

BAE Systems is helping cities around the world get to zero emissions with electric power and propulsion systems for transit buses. But the path to zero for each city is unique, so the company is getting creative. For cities like San Francisco, that means using BAE Systems technology to create green zones.

The nine green zones are located in population-dense neighborhoods most affected by air pollution. Each of the zones have a large presence of traffic that is contributing to a high rate of air pollution. 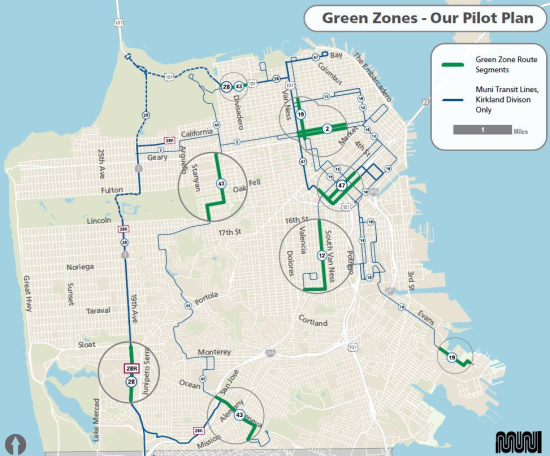 While green zones are picking up speed in San Francisco, the city is not alone. Boston, Louisville, Montreal, Nashville, and Seattle are using Series-ER technology to cut down emissions. Series-ER has also made the trip overseas to the United Kingdom, where it is powering new double deck buses in Brighton.