Continental will premier its new Contact Sensor System (CoSSy) at CES 2020 next month in Las Vegas, Nevada. CoSSy closes a gap in the industry’s automotive sensor portfolio by enabling the detection of low-speed contact between a vehicle and a person or object.

At CES 2020, Continental will demonstrate how CoSSy can help make future automated parking safer. The sensor technology is based on the sound signal picked up by CoSSy, enabling an emergency stop when a low-speed impact is detected. 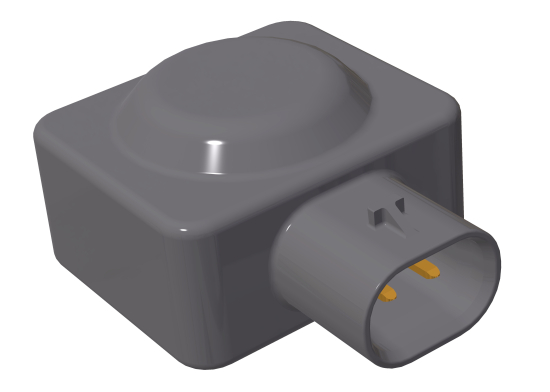 The Contact Sensor System (CoSSy) solution will typically include two to twelve sensors installed at relevant locations on the vehicle.

Structure-born and airborne sounds are signals that provide valuable information about a vehicle’s immediate surroundings. CoSSy is specially developed to pick up the sound patterns of different types of contact. Structure-borne sound, for example, warns when hitting an obstacle at the low-speed level of automated parking. However, once CoSSy is on board, its detection principle can be used to add additional functions, adding to the safety and comfort of a ride.

The new system provides a redundant signal path required by functional safety. It detects objects which may be located outside the short-range detection cone of other sensor types.

The scalable CoSSy solution will typically include two to 12 sensors installed at relevant locations on the vehicle. Once installed, the CoSSy sensor signals can cover many more use-cases, such as the detection of vandalism (scratching) or low-speed parking incidents, because these types of touch are each characterized by a unique sound signature.

Other supported functions include road condition observation, driver identification via voice recognition and detection of approaching emergency vehicles. Even communication with the vehicle via touch could be enabled by CoSSy: A tap at the door by an authenticated driver would suffice to activate an automated door opening.

Structure-born sound has been used for many years in passive safety system architectures, such as Crash Impact Sound Sensors which detect the sound of a physical impact and allow for earlier detection of crash severity. Harnessing its many years of crash sensor expertise, Continental has developed a new miniaturized sound sensor, which is tuned to low-speed contacts.

The first generation of the new CoSSy solution can use structure-born sound as an indicator of contact with an object during automated parking. The sensors deliver their signals to a central processing system which can be a dedicated electronic control unit (ECU) or be integrated into an existing ECU such as the airbag control unit.

Low-speed contacts are characterized by a different pattern of the structure-born sound signal. This could apply to a situation when a person approaches the car without entering the detection cones of other sensors, like ultrasonic or radar. Even though this would be a rare thing to happen, the remaining risk must not be ignored for reasons of safety, especially at the beginning of an autonomous parking maneuver.

Continental believes CoSSy also could provide an additional signal path to detect the road condition. The sound of water hitting the vehicle structure from below can be used to indicate the potential for hydroplaning. Depending on future sensor design, airborne sound can be analyzed as well, which would help to detect approaching emergency vehicles—an important prerequisite for the type approval of automated vehicles. By utilizing the Doppler effect, CoSSy can also detect the direction of the approach, which is highly relevant to the driver.

Structure-born sound can be used as an information source for other applications as well. If a parked car gets dented or scratched, the CoSSy sensors can give the incident a time stamp. The sensor signal could also be used to activate the appropriate camera to take a photo of the situation, or it could make the other driver aware of the contact by sounding an alarm or sending a message to a designated smartphone. This would help to deter people from vandalism and avoid unintentional hit-and-run situations. Rental car companies could easily check the car status as “undamaged” when the vehicles are returned.