ZF has developed a new hybrid driveline for the Dakar off-road race. ZF, in cooperation with MKR Technology, has fitted the Riwald Dakar team’s Renault C640 with this new driveline developed especially for this objective. 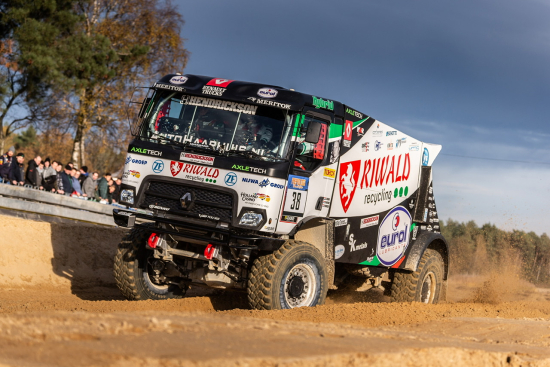 The core of this driveline is a special prototype of ZF’s central electric axle drive, reconfigured in terms of its hardware and software to make it fit for a rally. The final product is called CeTrax Lite RS.

CeTrax Lite RS supports the main diesel unit by providing an additional 1,400 N·m of torque, a cruising power of 80 kW and a peak output of 150 kW. Developing a specific gear ratio proved to be a tough challenge.

The 13,000 rpm asynchronous electric motor had to be adjusted to the 2,700 rpm that the 1,000 HP diesel engine produces at the transmission output. In addition to the electric motor, ZF also supplies integrated power electronics and the hybrid control unit, including the software that has been programmed specifically for the Dakar Rally.

An automatic transmission from ZF is also installed in the driveline. Power from the combustion engine and e-unit enter the ZF transfer case converting the Renault truck into an all-wheel off-road vehicle. 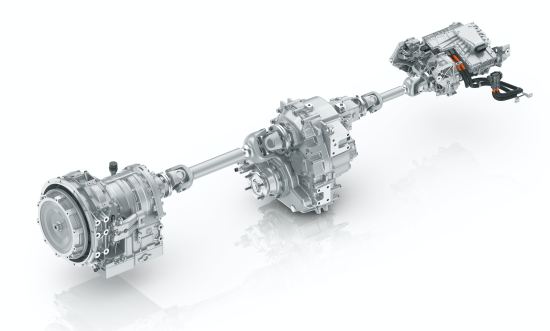 CeTrax lite is ZF’s compact and lightweight drive system for minibuses, vans and light trucks, and features a fully integrated electronic control unit and inverter. CeTrax lite can be combined with standard axles and common ratios.

The extreme conditions of the Dakar Rally—lots of sand and rough terrain—offer us a unique and amazing opportunity to subject our hybrid driveline to the ultimate acid test.

The Riwald Dakar Team and their driver Gert Huzink are the only participants entering Dakar 2020 with a hybrid electric vehicle. In addition to demonstrating the partners’ commitment to sustainability, the first tests show that this pioneering vehicle could come out on top at the finish line. On test circuits in Poland, France and the Netherlands, the team was able to snatch a few seconds off their usual times.

Besides the extra power, the time advantage is due the recuperation effect of the electric motor. This means that the brakes can be actuated later and harder, allowing the vehicle to be driven at its limit speed for longer.

In addition, the 400 V battery can be recharged quickly while driving so that it can deliver another bout of massive torque by the next dune ahead.

The Dakar Rally will take place in Saudi Arabia from 5 to 17 January 2020.

1,000 hp diesel boosted with 80/150kW emotor @ 4:1 has to have a wide application.
So many manufactures are not able to clean sheet away from fossil fuel drivetrains unfortunately but to have options such as this ready to ship surely will be an 'in' allowing entry to e tech for the mass auto industry.
Personally wishing for better but realistically these are clever steps. Developments have traditionally changed 'one thing at a time' for good reason.