Since 2011, I have periodically examined changes in the proportion of persons with a driver’s license as a function of age. The previous study compared data for 1983 (as the baseline) with those for 2008, 2011, 2014, and 2017. The results showed that between 1983 and 2014 there was a substantial decrease in the licensing of younger persons, with an increase in the licensing of older persons. That was followed by modest increases in the licensure for all age groups between 2014 and 2017.

The present study compares data for 2018 (released in late December 2019) with data for 1983 and 2014. The information for the analysis came from the Federal Highway Administration. The results are shown in the table below. 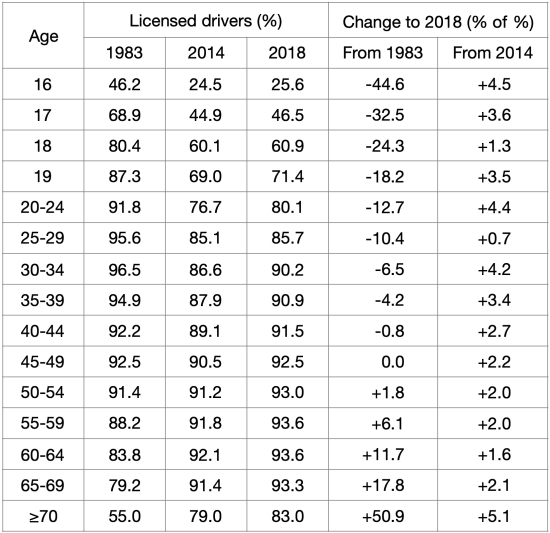 The main findings are as follows: