The Hydrogen Council announced a wave of new members to include for the first time both an Australian and Saudi company, as well as a group of financial institutions which form a new Investor Group with the aim of supporting massive scale-up of hydrogen solutions to help decarbonise sectors including transport, buildings and heavy industry. 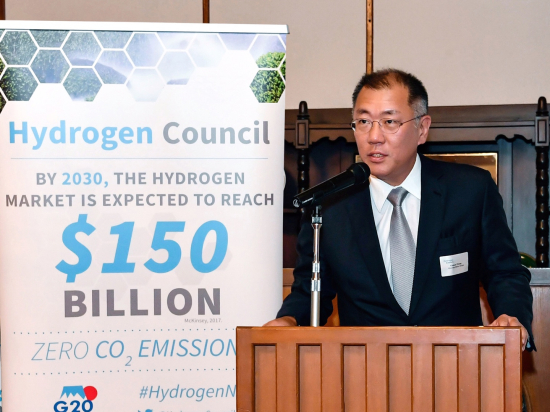 The coalition has more than quadrupled in size since its founding in 2017 by 13 members.

This membership announcement comes just days before the Council’s third anniversary CEO Event, to be held on 20 January in Versailles alongside French President Macron’s ChooseFrance! Summit and the World Economic Forum in Davos.

This annual convening is the Hydrogen Council’s signature event that not only positions the global association as a business marketplace for the world’s top energy, mobility, and financial companies, but also provides a time for all members to assess the state of the industry and develop strategies that will lay the path ahead for the fast emerging hydrogen economy.

The Hydrogen Council is a CEO-led global initiative of leading energy, transport and industry companies with a united vision and long-term ambition for hydrogen to foster the energy transition.

By 2050, hydrogen could meet 18% of the world’s energy demand with hydrogen applications being scaled, driving down cost, and making the solutions more affordable for everyday people.

We believe in the power of hydrogen and the role it can play in our existing energy system as well as a new cleaner one. I continue to be inspired by the expansion of the Council’s membership and look forward to partnering with our new member companies as we continue to advocate for a clean energy future, with hydrogen at the forefront.

Chevron AND Saudi Aramco.  Can it be more obvious?

@E-P, Chevron and Aramco are both energy companies, so obviously they are interested in Hydrogen, which will replace fossil fuel usage by the end-users to avoid atmospheric CO2 emission to meet Global Warming target.
At the present, fossil fuel can be steam-reformed to make H2, with the almost-pure and high-pressure CO2 by-product ready for injection into existing oil and gas wells to avoid CO2 emission into the atmosphere.
Of course, when electrolytic H2 from RE will be cost-competitive, then fossil fuel will be phased out. Either way, H2 is the most viable way to decarbonize future energy consumption by the end-users NOW, even with continual consumption of fossil fuel, while waiting to ramp up solar and wind collectors, which will take many decades.