In 1982 there were over 250 operating crude oil refineries in the United States; that number declined to 132 by 2019, according to data from the US Department of Energy (DOE). 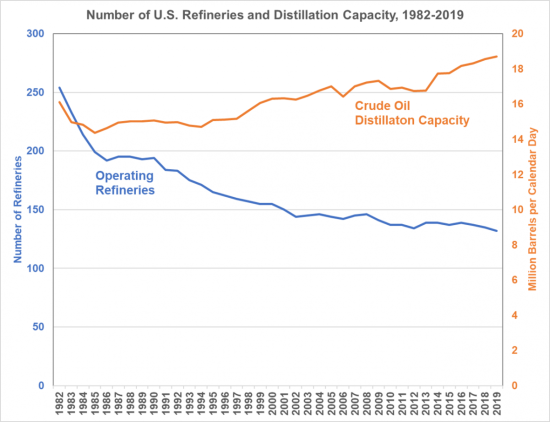